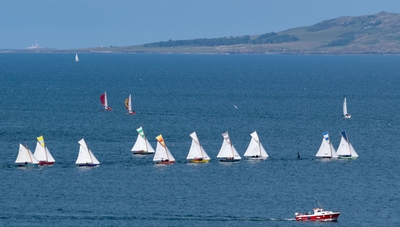 With Mid-Summers day being on a Monday this year, the original plan was to hold the race on Sunday, however following a request from some of the competitors (all of who seemed to have Father’s Day plans), the race was moved back to Saturday.  As with last year, the Fingal Series (which incorporates the Lambay Race and Malahide Regatta) is a series of coastal races, which are started by RO, Fergal Noonan, (of Impetuous) and all classes start together. 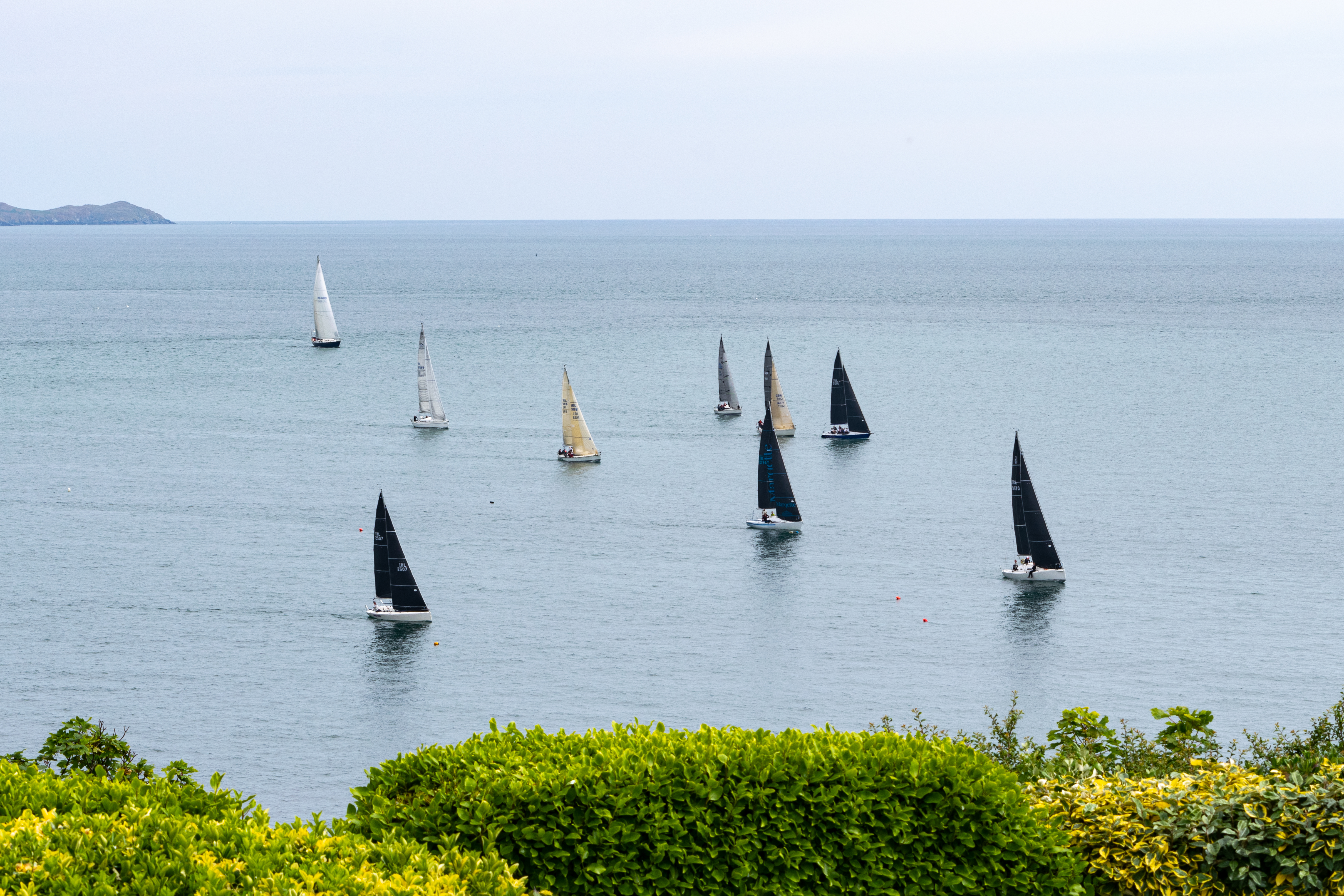 With winds at between 5 and 8 knots S/SE it was a gentle start towards Balscaddan mark and then spinnakers were hoisted and the fleet headed out towards Portmarnock. Class 2 were the largest class with the half tonners and Corby showing their heels to the heavier X302s who struggled to keep moving.  With a strong ebb tide it took some time to reach Portmarnock, but the winds finally picked up and whilst those with spinnakers managed to complete the full course, a shortened course for the white sails, meant that everyone was back in the bar for lunch on the deck of the clubhouse.

The white sail fleet ranged from Rebellion and Tritsch Tratsch to the double handed team of the Wenskis on Zarquon.

Next week will be the annual Kish coastal race and again will start off the pier at 10.30.