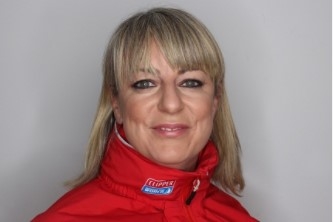 We are happy to announce that Aideen Doran, our new Club Manager, will join HYC on the 27th October.  Aideen is from Glasnevin and initially completed a Degree in Business Studies with Dublin City University, rose through the ranks in the same company and now holds a senior managerial position.  Although she has come to sailing relatively recently, she still completed the Australian Leg (Sydney to Perth) of 2019-2020 Clipper Round the World Yacht Race last December.

As you may be aware the position of Club Manager was initially advertised in February but was again re-advertised after the lockdown in June.  A selection process was approved by the General Committee in June.  There were 30 applicants from a variety of backgrounds and countries, as far away as Australia, and a wide variety of professions and skills.  These were scored relative to the Job Specifications by a screening committee composed of the Flag Officers, the Treasurer, the Chairman of our Finance Committee and four former Commodores assisted by two HR experts.

We know that you will all give Aideen your support in these challenging times while she becomes familiar with the different business functions in our Club, the needs of its members, the local community and those of the wider sailing and boating fraternity.

We would like to thank all members of the Selection Panel for their time, advice and assistance and, in particular, member John Barry and David Casey, his fellow Director of MSS, for giving their HR expertise and time free gratis.