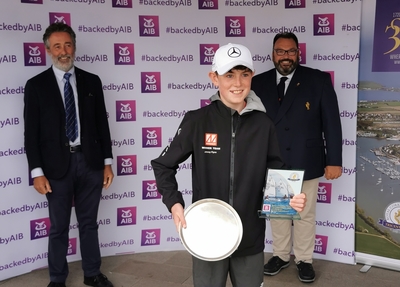 It is a proud day for Howth Yacht Club as our very own Johnny Flynn claimed the Optimist Irish National Title ahead of RCYC’s Ben O’Shaughnessy. Out of a 10-race series Johnny showed great stamina, consistency and determination in winning 5 races. With no let up in the pressure to perform, he had to win the last race and keep O’Shaughnessy at bay to claim the overall title which he successfully did and finished 1 point ahead overall. The last Senior Irish National winner from Howth was Diana Kissane who won 3 in a row in 2005, 2006 & 2007.