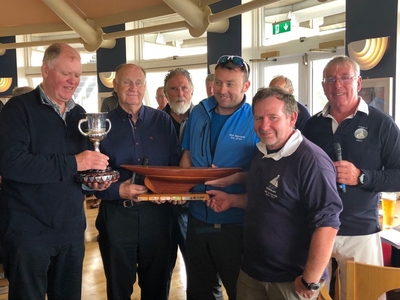 Over many years past traditional keelboats have built friendships born from the responsibility and pleasures of owning a small classic sailboat. There are similar classes in many parts of the UK and Ireland but a longstanding relationship exists between the Fairies, a 1902 Linton Hope design also built by Howth 17 builder Hilditch, of the RNIYC in Cultra and the 18 original Garelochs, a McGruers design from 1924, from the Royal Northern & Clyde Yacht Club.

The three classes have traditionally team raced in alternate years but the last event was in 2007. Earlier this year contact was re-ignited when Howth 17 Class and Assistant Captain’s, Ian Byrne and Susan Morgan,  attended the Fairy annual dinner and prize-giving. Following the Howth 17 Association Spring meeting the Fairie’s and Garelochs were invited to Howth to team race in Howth 17’s. 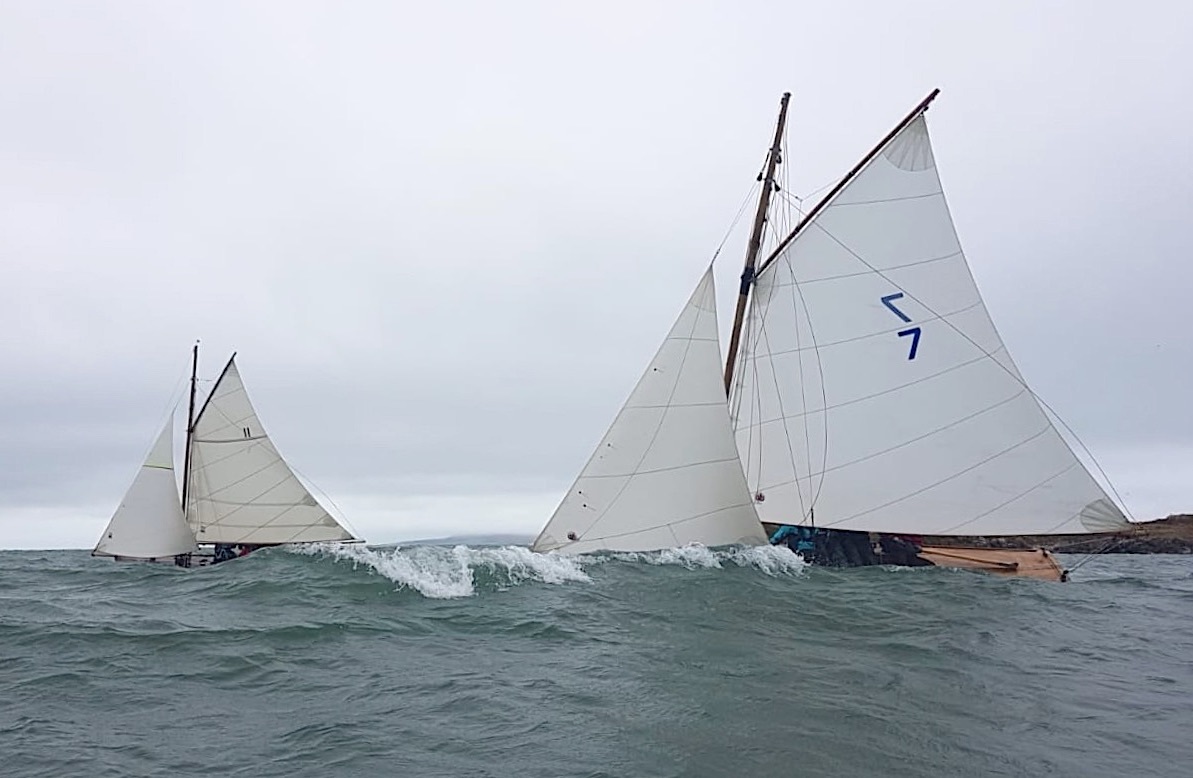 cruisers whilst indulging in a focused social program of excellent club food and drink.

The changed weather did not dampen the spirits as racing had to be cancelled on the Saturday and crews eithervisited the sights of Dublin or ,more locally, one of Shane’s Hikes tour of  Howth . The crew’s got on the water on Sunday morning with a fleet race of none boats, 6 scratch boats allocated to the visitors and 3 handicap boats to the Howth 17 team. The conditions were challenging with a ‘bit of sea’  and about 15knots but all had an exhilarating sail. Gareloch Charles Darley finished 1st in Deilginis but the team prize went to the home fleet:

It was great to see so many old friends meet again but it was especially rewarding to see next generation of younger sailors in all three classes who will ensure the future of all these marvellous boats. The Garelochs are looking at hosting the event in 2019. 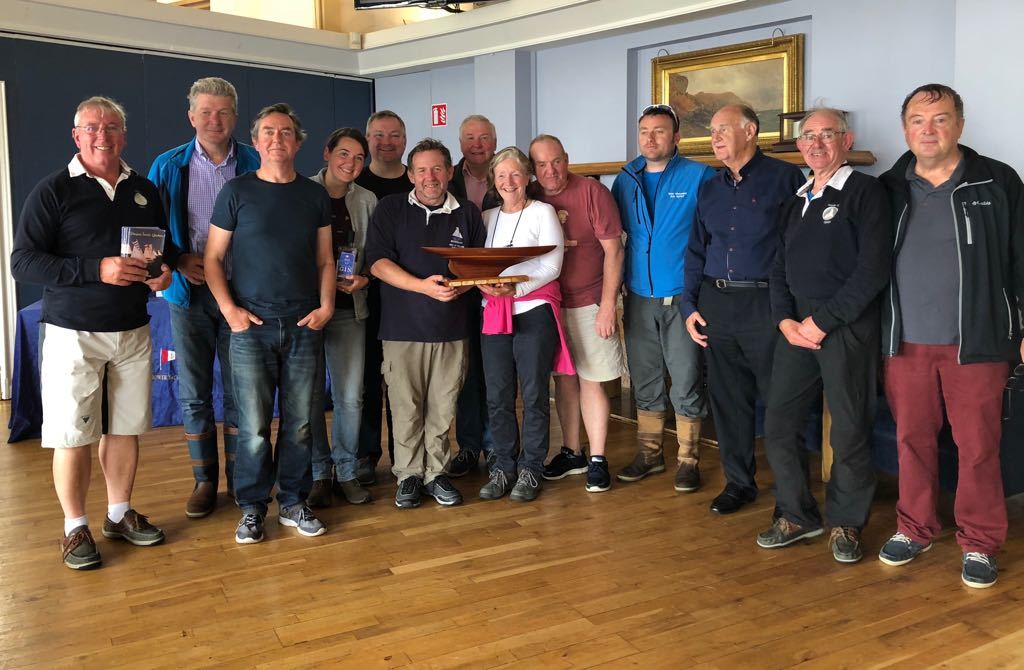 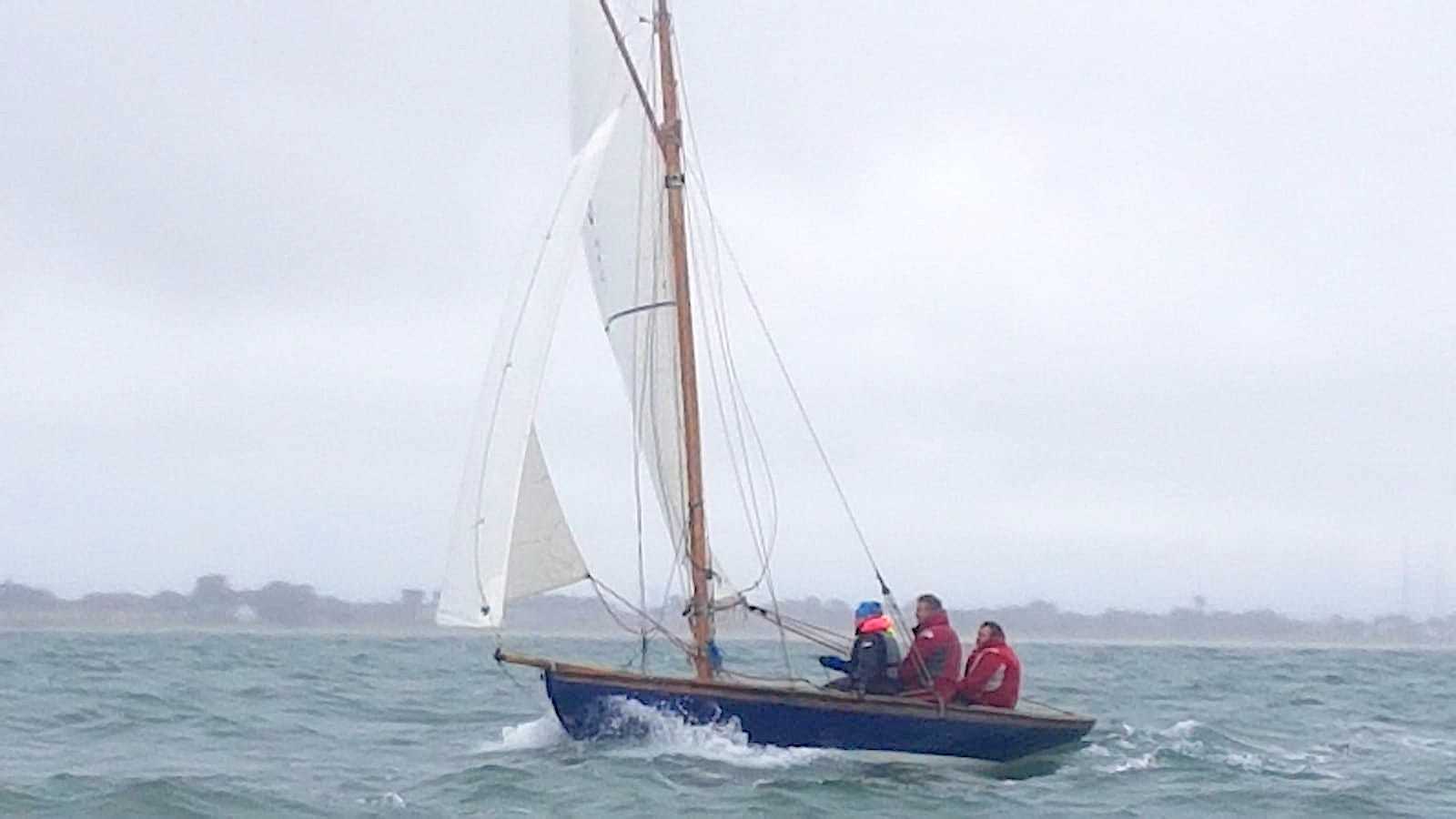 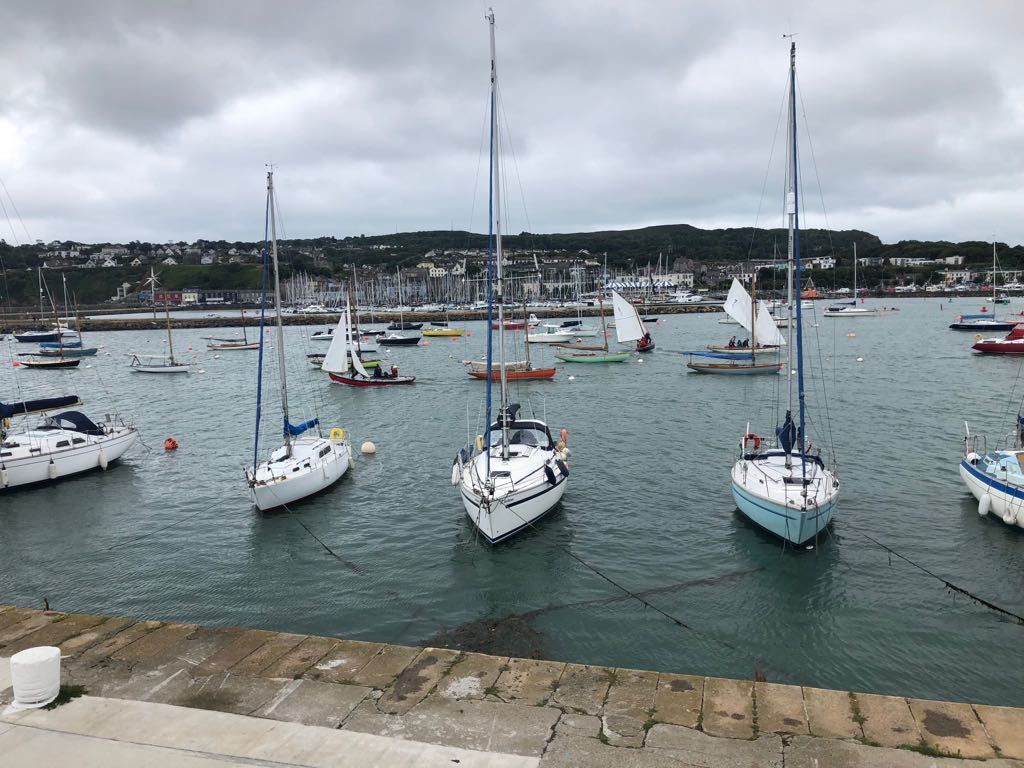 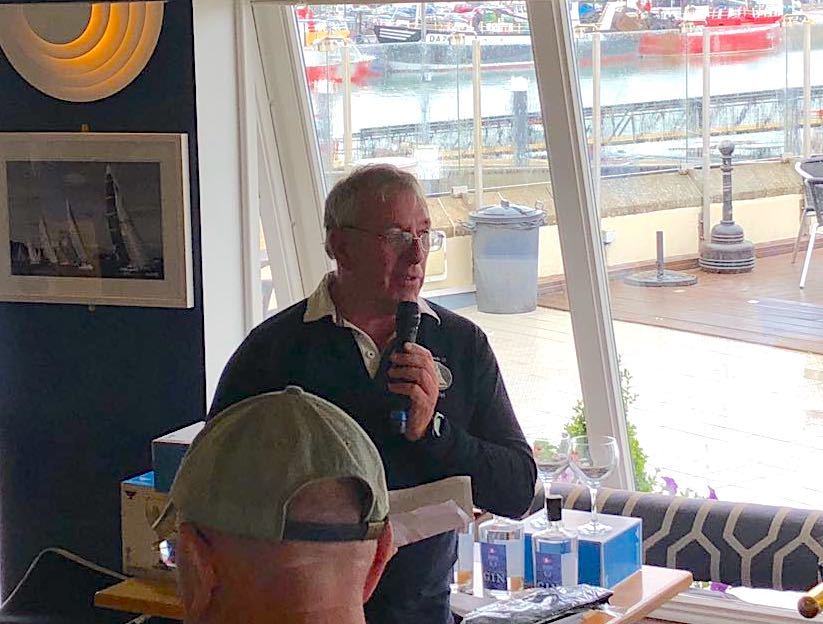