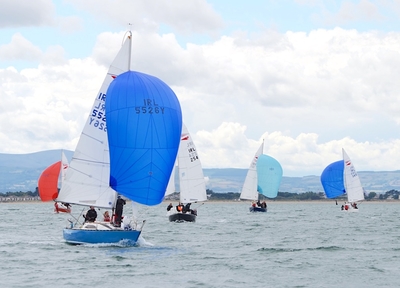 With the Mediterranean weather of the previous two months deciding it was time for an Irish summer interlude, racing for the Puppeteer 22 Nationals at Howth YC on the weekend of July 28th / 29thwas in doubt during the week before. Sunday was initially to be the dubious one and then doom changed to Saturday, before the weather gods reached a compromise and agreed that maybe both days should be given over to replenishing the nation’s water supplies and giving the wind turbines the required oomph to get back to preventing global warming.

With HYC club racing having a typical turnout of 18 boats, the final entry of 11 was a disappointment but the leading contenders for the title were all signed up.  On recent form, the boat to beat was Ibis (Susan Sheridan), a consistent race winner this season.  The defending champions, Blue Velvet (C & K Kavanagh) and multiple championship winner Harlequin (Clarke / Egan) are always short odds.  Yellow Peril (Murphy / Costello) had taken both the Autumn League Class and overall event titles in 2017 but struggled so far in 2018. Eclipse (A & R Hegarty) took the 2018 Lambay Race win and Gold Dust (Walls / Browne) are always in contention and have plenty of silverware to prove it.

Saturday duly started as forecasted with a big westerly leading to a long postponement before a moderation allowed Race Officer Harry Gallagher to lower the AP.  In the 15 knot breeze, Blue Velvet took race 1 with a winning margin of 14 seconds over Gold Dust.  At the warning signal for race 2, dark clouds loomed over the weather mark and the wind had already reached 25 knots at the start but kept climbing.  With the fleet beating towards the first mark, all committed to their Nr 1 headsails and without the chance to change down, heavy weather skills came to the fore.  A close race ensued with Yellow Peril, Harlequin and Blue Velvet all taking the lead at various times before Harlequin eventually took the victory.  Race 3 was the lightest of the three, a mere 10 – 15 knots, and this time Yellow Peril got to the front and held on to win from Gold Dust.  With discards still to come, Yellow Peril was overnight leader while Gold Dust and Blue Velvet tied for second.

Sunday morning brought conflicting forecasts from different providers – light, shifty northerly or robust southerly but the torrential rain, 16 – 20 knot north westerly and big shifts were an unwelcome compromise.  The lumpy wind against tide added to the challenging conditions on Sunday but Harlequin took them in its stride to win in Race 4, with Blue Velvet again the runner-up.  In race 5, Blue Velvet got back to the front, leading Yellow Peril home to set up a cliffhanger final race.  As they lined up, Blue Velvet had a nett 6 points while Harlequin and Yellow Peril were tied on 9.  Blue Velvet needed a third, or better, behind a winning Harlequin to retain their title.  The swinging patchy breeze and upwind legs against a strong ebb tide with a left-over sea provided the most difficult conditions of the series but Harlequin recovered from a poor start to take the win and look back to see a three boat struggle for second underway.  Just 10 metres from the finish, it looked like Eclipse and Yellow Peril were providing the required buffer against Blue Velvet and, at the line, the three were separated by just two seconds with only the Race Officer knowing the order.  However, the verdict was Blue Velvet second and thereby the 2018 Champions, after one of the closest ever Puppeteer Championships. 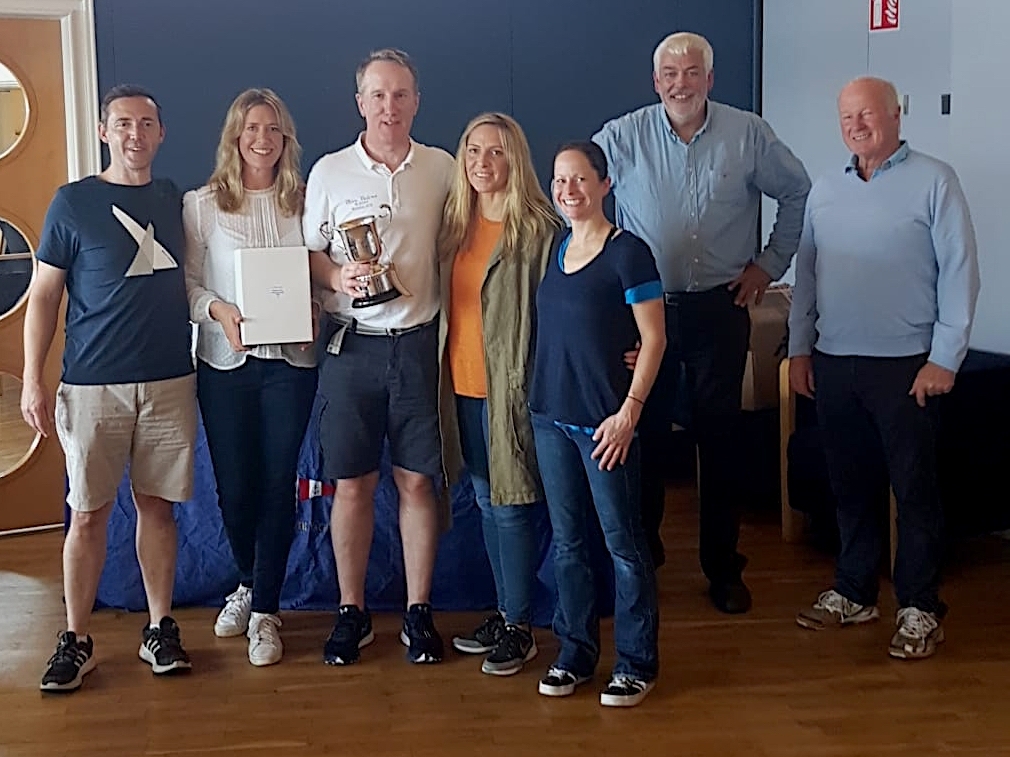 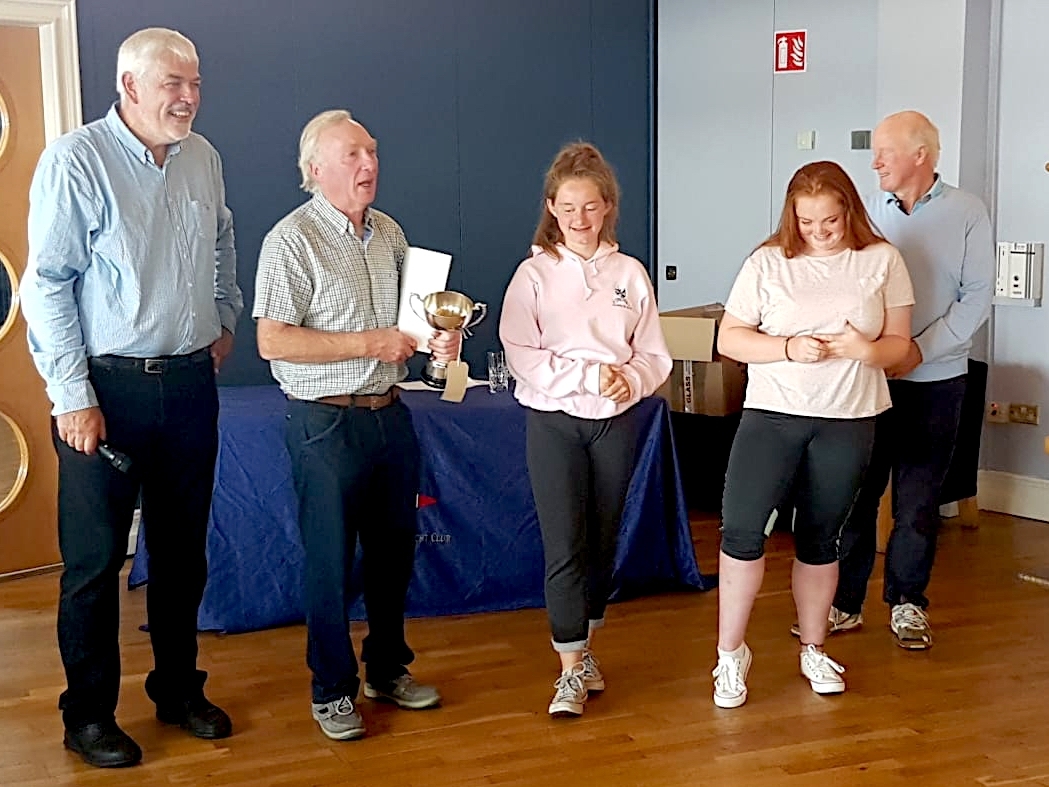 Thanks to Harry Gallagher and David Lovegrove and all the HYC race management personnel involved, who suffered through two days of challenging conditions to deliver a full series of excellent racing.