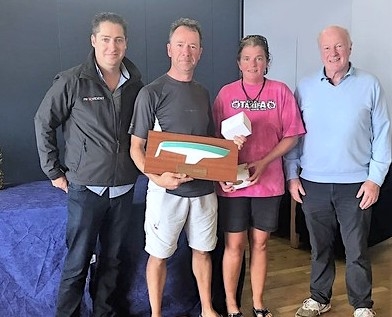 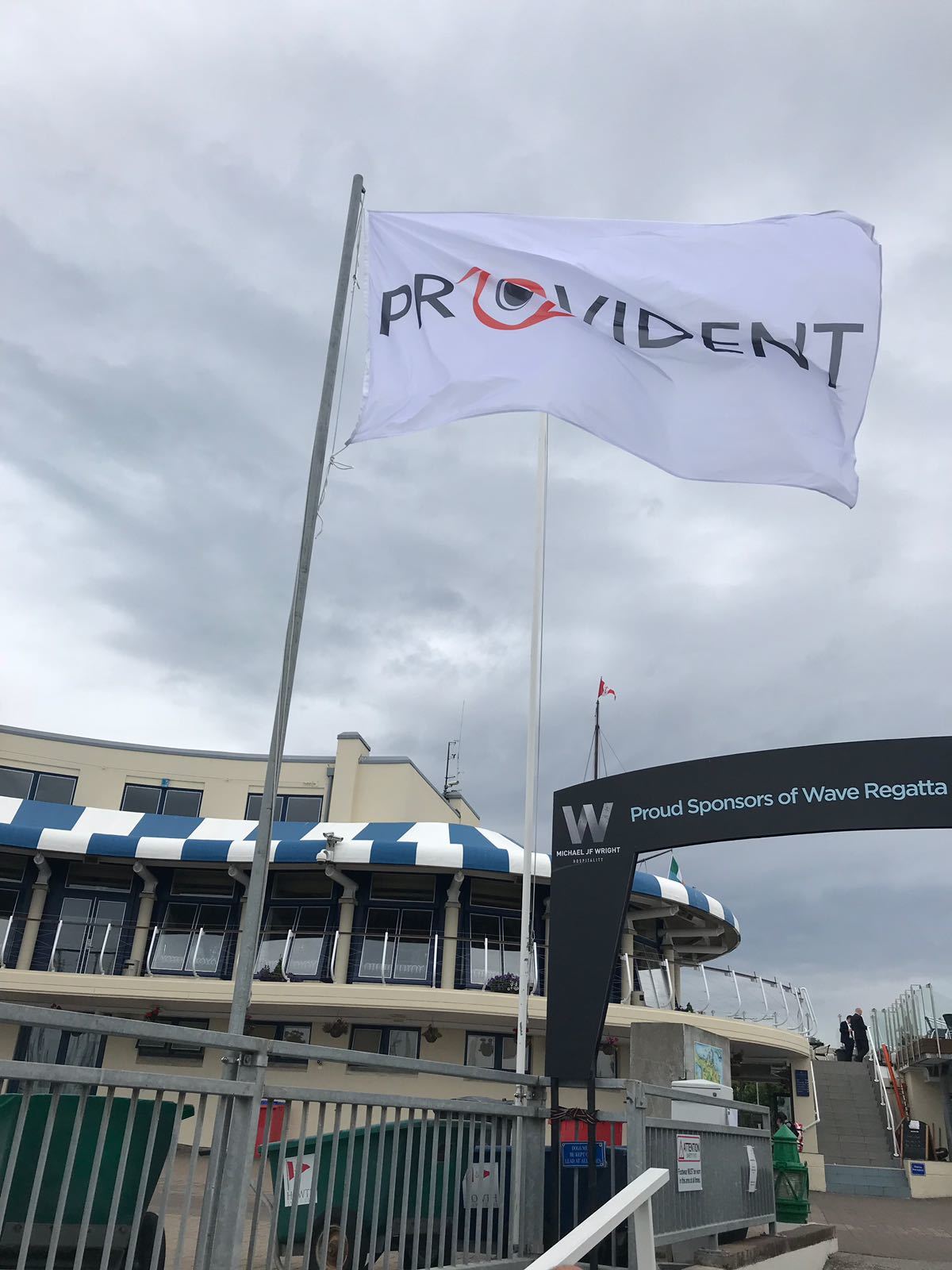 Competitors awoke on Saturday morning to wind best described as “howling”, and some nice horizontal rain to return us to the standard “Irish Summer” feeling. PRO Harry Gallagher held his briefing in the bar, selflessly keeping sailors warm and dry for as long as possible. The race committee headed out to the race area after the briefing to assess the conditions on the water and decided to postpone the fleet ashore. Fortunately, the forecast transpired to be correct and the wind moderated, allowing the fleet to head out after an appromimately 75 minute postponement.

Racing was held in the same area as the Puppeteer 22 National Championships, with both fleets sharing a Trapezoidal course. Although the course was greeted with a little hesitation from competitors, the feedback was overwhelmingly positive and the course allowed for some nice reaches in addition to the usual windward-leeward legs. In an unusual turn, the healthy visitor numbers meant more Squibs on the water than Puppeteers!

Race 1 got off to a clean start in approximately 16-18kts of breeze, and line honours were taken by Colm Dunne and Fiona Ward on “Allegro” of Kinsale Yacht Club. Derek Bothwell and his cousin David Cagney in “Tears in Heaven” were the best placed Howth team in the first race. The start sequence for Race 2 had just begun when the fleet were hit with a squall, so once again the AP made an appearance. As soon as the squall was mostly through, racing resumed and this time it was Gordon Patterson and Ross Nolan in “Fagin” of RNIYC who took line honours. Simon Sheahan and Alan Quinn in “O’Leary” were the best HYC boat, finishing in a very respectable 3rd. The wind moderated for the last race of the day, which was a welcome change after the challenging conditions up until then. Peter Wallace and Martin Weatherstone took line honours in “Toy for the Boys” of RNIYC, with Derek Bothwell the best HYC boat for a second time.

Day 2 saw David Lovegrove assume Race Officer duties, leading the ever capable team of volunteers aboard Star Point. The light airs and low visibility in the morning caused the fleet to suspect another postponement was on the way, but wind appeared just as the AP was about to be hoisted. Competitors headed out to the race area in almost double the forecasted 10kts of breeze, and had to deal with the addition of a challenging sea state. David Ferris and Robert Marshall on Slipstream of Killyleagh YC were first in Race 4, and Simon Sheahan was best HYC boat again. Race 5 concluded the event in slightly lighter conditions, with the last race win of the event going to “Allegro”. Ronan MacDonell and Tonia McAllister in “Fantôme” were best placed HYC boat in an impressive 3rd place.

The prize-giving was held in the bar as soon as the boats were recovered, allowing visitors to beat the traffic on their journey home. The winner of the Silver Fleet  was Simon Sheahan and his crew Alan Quinn (HYC). Third overall was Peter Wallace and Martin Weatherstone (RNIYC); second overall went to Gordon Patterson and Ross Nolan (RNIYC), and  Colm Dunne and Fiona Ward (KYC) were pronounced champions. Racing was incredibly tight throughout the event, and the slightest of mistakes were decisively punished on the race course. This was reflected in the overall standings, with 1st place decided on countback, and only 1 point separating 2nd and 3rd place.

Prizegiving and sailing photos as per the link below

A lot of fun was had in the indestructible little boats and so many Squibs on a start line in Howth is a welcome sight. The Squib class continues to grow in HYC, and always welcomes new members of the fleet. Anyone who’s interested in crewing on a Squib, or is considering joining the fleet as an owner, can find the class in the bar after Tuesday night racing, or can contact the class via their facebook page at https://www.facebook.com/HYCSquibs/