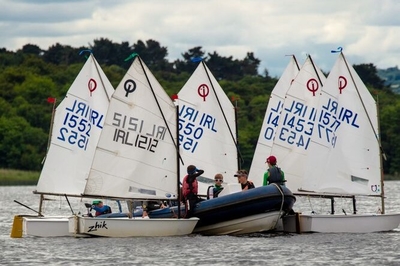 Last weekend eighteen of HYC’s Optimist sailors headed to Dromineer for the Connacht Championships. Six races were scheduled for both the Senior and Junior Fleets. With light winds forecast and the dominant high-pressure still firmly in place, race officer John Leech had a tough task ahead of him trying to secure a successful series.

After registration, the 105 competitors were rapidly launched from LDYC’s marvellous slip facility. In fickle conditions, John managed to get in three races for the Juniors thus securing their series but the wind died during the Seniors third race and resulted in its abandonment.

Sunday’s conditions were due to be even lighter again but eventually, after postponements and course changes, the race officer managed to complete two races for each fleet. 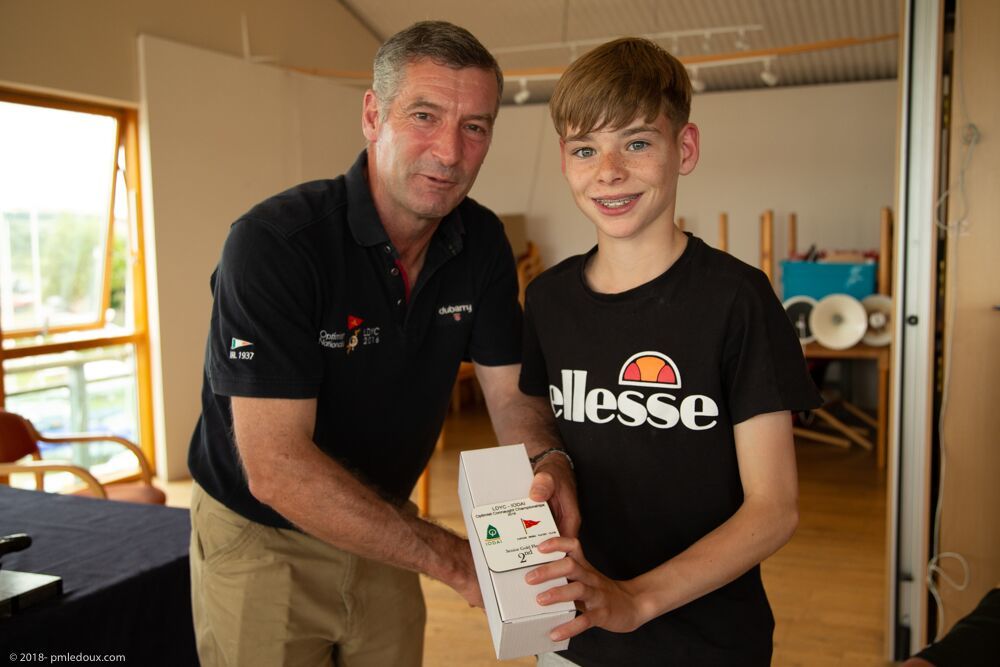 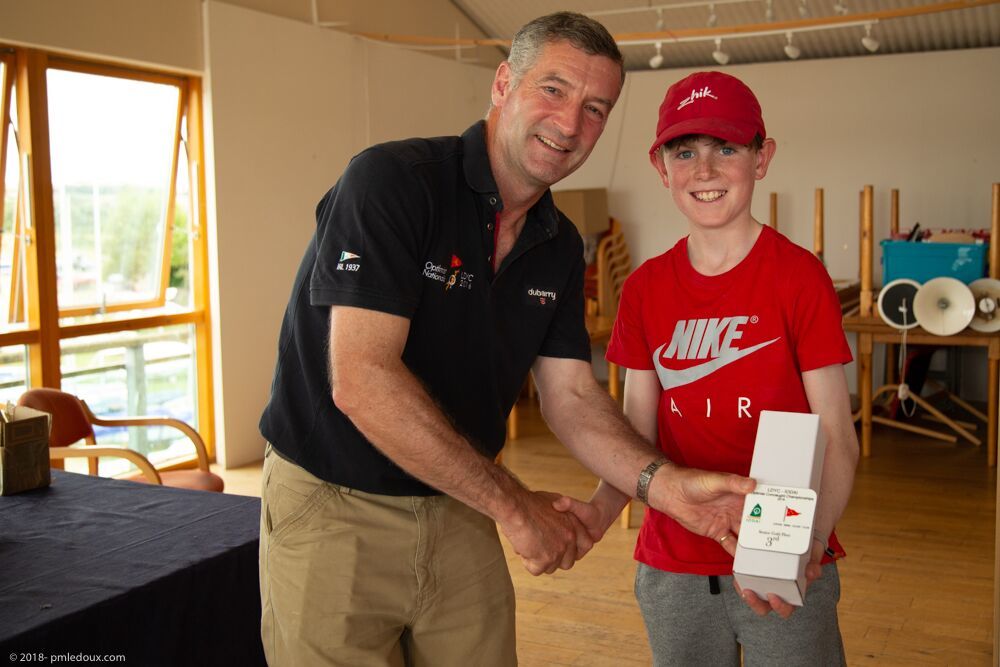 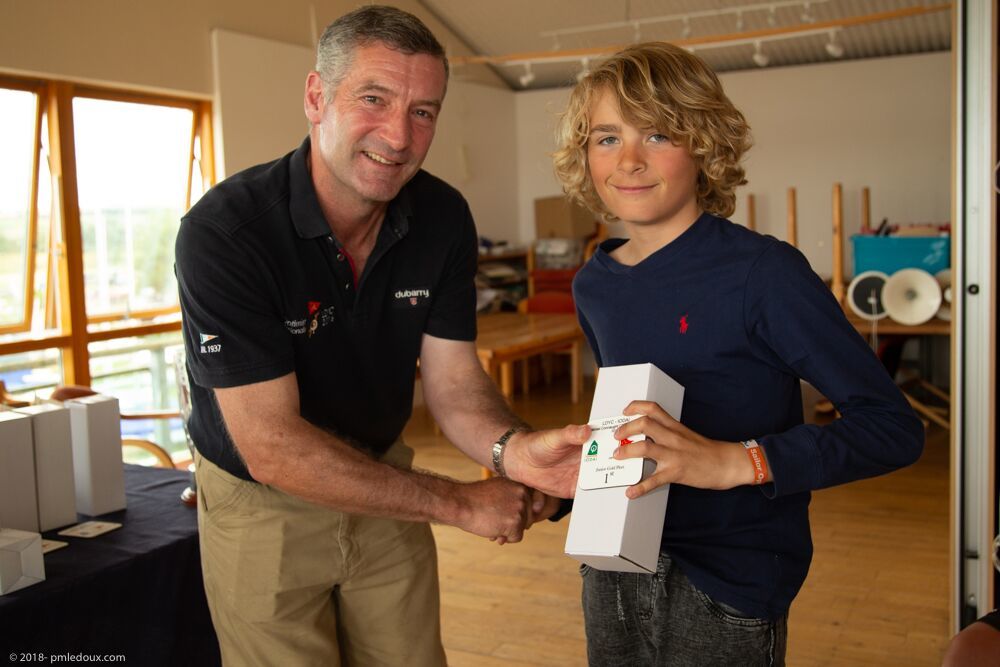 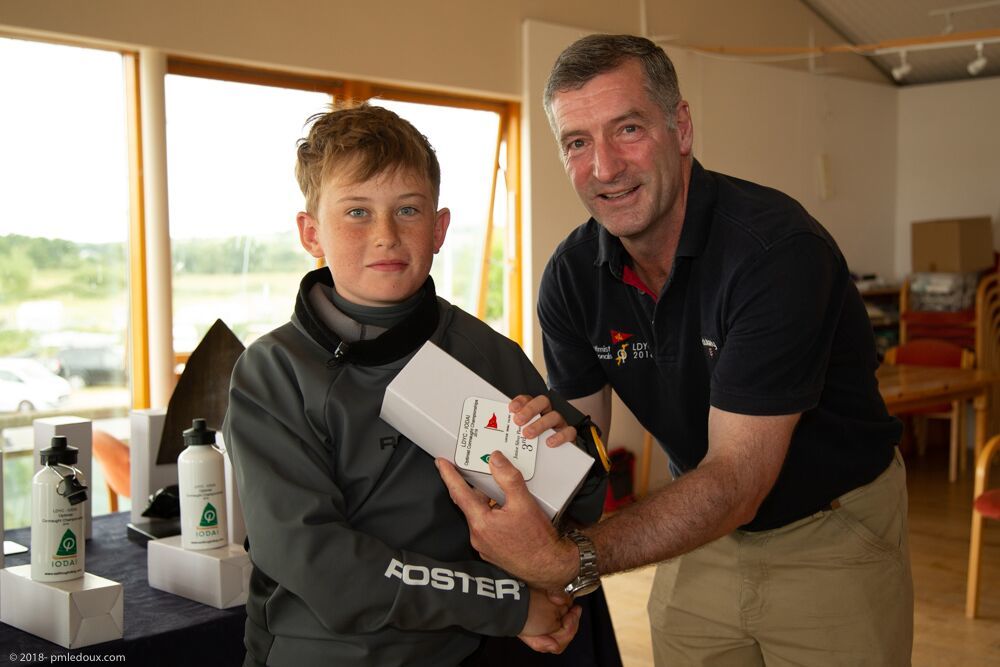 A big thanks to Fergus Flood who provided great coaching and support to HYC’s ‘HOP Squad’. All eyes are now on the Nationals in Kinsale in August. Fingers crossed that the Mediterranean conditions persist and our sailors can continue with the novelty of wetsuit-free sailing! 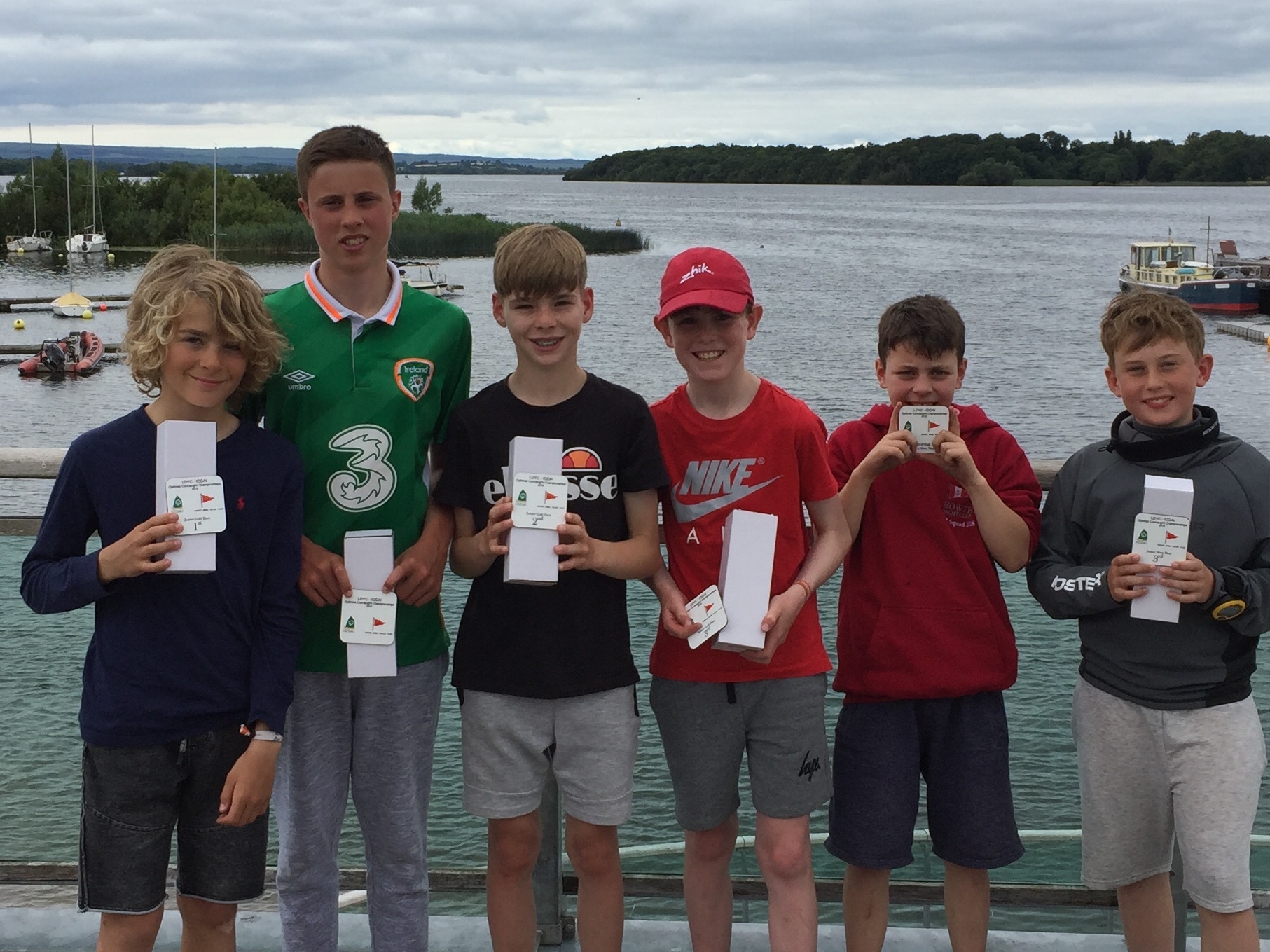 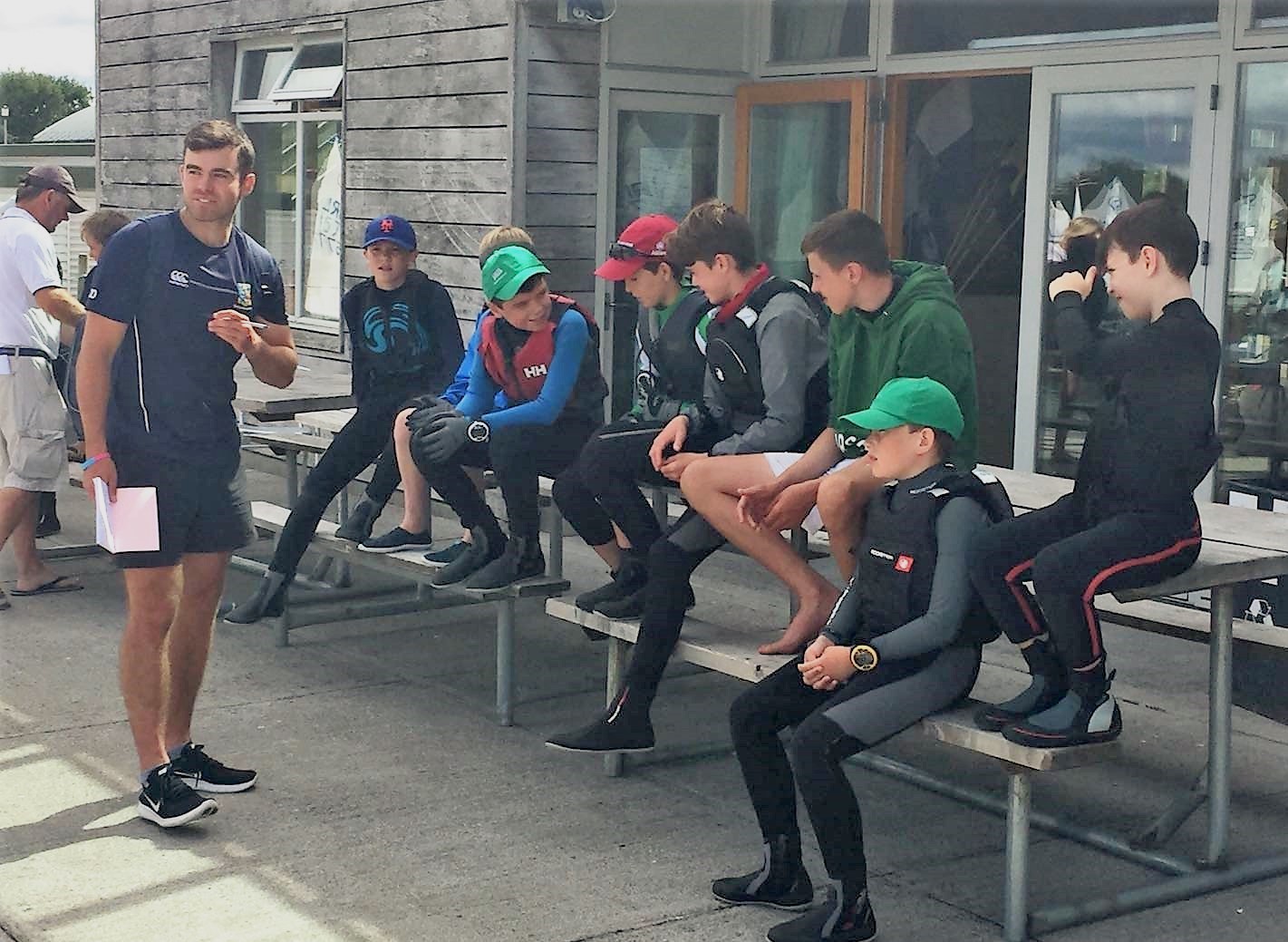 Fergus Flood and the HOP Squad