Nominate now for the Achievers Awards 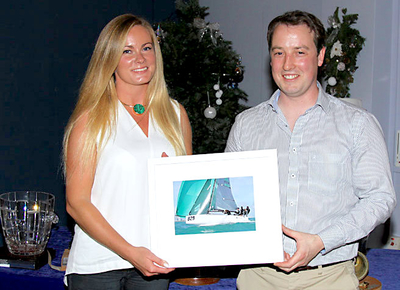 Members are invited to nominate persons (or boats, in the case of 'Boat of the Year') by completing the below form and returning it to the Honorary Sailing Secretary by Monday 29th January. The awards will be presented in the club on Saturday evening February 10th at 19:00.

The Silver Fox Trophy is awarded annually to a member that has excelled in racing, cruising or organising during the year (with the exception of club racing).

The Seaward Bell is awarded to a junior member who has excelled in open events in Ireland or abroad.

The GM Award is awarded to the Junior Sailor who best represents and enhances the spirit of junior sailing.

‘Boat of the Year’ is self-explanatory, but is defined as a Howth boat that has excelled during the year and stands out in terms of overall performance during 2017.

The ‘Instructor of the Year Award’ is given to one of the HYC Instructors that displayed outstanding service to members during the course of the year.

The ‘Cliona Murphy Memorial Trophy’ (Spirit of HYC) is awarded to a senior sailor who represents and enhances “the spirit of HYC sailing”.

Volunteer of the Year is awarded to a club member who has excelled as a club volunteer and enhanced the club for the benefit of members and visitors.

HYC members are invited to nominate candidates for these categories and should enclose a resumé of the nominees’ achievements during 2017. Submissions should be made by sending them to  the Honorary Sailing Secretary, Howth Yacht Club, by Monday 29th January.

A ‘short list’ of finalists will be selected by the Sailing Committee and their names will be posted to the HYC website no more than 10 days before the event and the Flag Officers will appraise the nominations and decide the winners.

The presentation of the trophies will take place in the Club on Saturday February 10th.