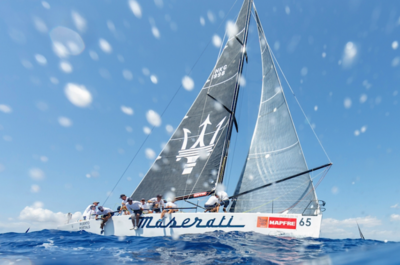 The bright sunshine and longer days of April and May are frequently the first prompt for racing sailors to consider the often overloaded schedule, select the most attractive events, liaise with the rest of their crew and set out the racing calendar for the months ahead. The more ambitious campaigners will most likely be planning their schedule during the winter, utilising the time to meet with the crew and assess the commitment for the year ahead. Often blissfully unaware of the organisation done in the background by club committees, most club sailors stick with the club racing program which affords an easy schedule to participate in - one that's inexpensive, reliable and familiar. More ambitious teams will want to include away regattas and regional/ national championships. Any family involved in the Optimist Class understands the planning and logistics required for what is almost a 12-month circuit and invariably using up the majority of family holiday time.

Keelboat campaigns are something of a different deal. Their season tends to be more of a concentrated one and the attractiveness of a keelboat cruiser event for many clubs and associations means that the sailor's calendar is usually fraught with overlapping and conflicting regattas and events. In contrast to the family heading to Crosshaven for a weekend of dinghy racing, the logistics involved in getting a medium-sized keelboat and crew around the country presents its own unique challenges. Cost will always be a consideration, but the principal work involves the organisation of boat logistics and the synchronisation of crew holidays and commitment.

And then there is often the option of 'event charter'. A Howth team of experienced and enthusiastic offshore racers has invested considerable time over the past five years to refine this type of project. Enthused by the ambition of Darren Wright and managed by Howth's legendary and experienced offshore racer Kieran Jameson, this like-minded team has set out a plan to participate and compete in a 'bucket list' of the most famous offshore races that amateur and professional sailing can provide. Having already competed in dozens of Round Ireland, Fastnet Races and assorted local offshore events over decades, this very experienced bunch are annually ticking boxes in respect of competing in the very best and some of the toughest events that the Royal Ocean Racing Club can provide.

One might suppose that there are only so many Fastnet Races and Round Irelands that keelboat racing sailors might want to do, so there is an obvious attraction to go further afield if you have a grá for offshore racing and this is where the option of using racing yacht charter companies might step into the fray. Racing yacht charter is a daunting zone for anyone who even has a peripheral understanding of how it works. Even getting to grips with the complexities of organising Howth’s own fleet of J80s, with deposits, insurance, check-ins, check-outs, excess cover, racing cover, breakage lists, safety kit, crew and skipper certification etc., one might decide that it’s not worth the effort. But nothing beats passion, tenacity and experience for getting the job moving and this team have that magical 'Trinity' in spades.

The project started with an 'ARC' and chartering the Swan 60 'Fenix' back in 2010, affording an 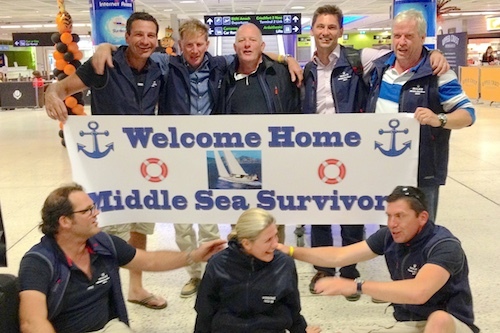 opportunity to do a trans-ocean race, albeit an early step of their gradual pathway to 'high-end' performance races. Then in 2014 and after some other experimental race charters in the Mediterranean, they forged a relationship with a company called Performance Yacht Charter and with owner Lucy Jones for the Rolex Middle Sea Race. This was an event that saw the Mediterranean deal its toughest conditions and the consequential formation of a team confident in handling a racing yacht in extreme conditions. See full story here.

Trust in the ability of the boat also became an important consideration and they rebooked Lucy's Farr-designed First 40 'Southern Child' for their next race in the schedule, the 2016 Rolex Caribbean 600. Modern and sleek, the First 40 is a popular choice for offshore and inshore racing charter, offering affordability with the all-important racing pedigree.

Many of the largest racing boats seem like good value when the base charter cost is divvied up between a crew of 12-18 people, but there are other hidden potential surprises and other 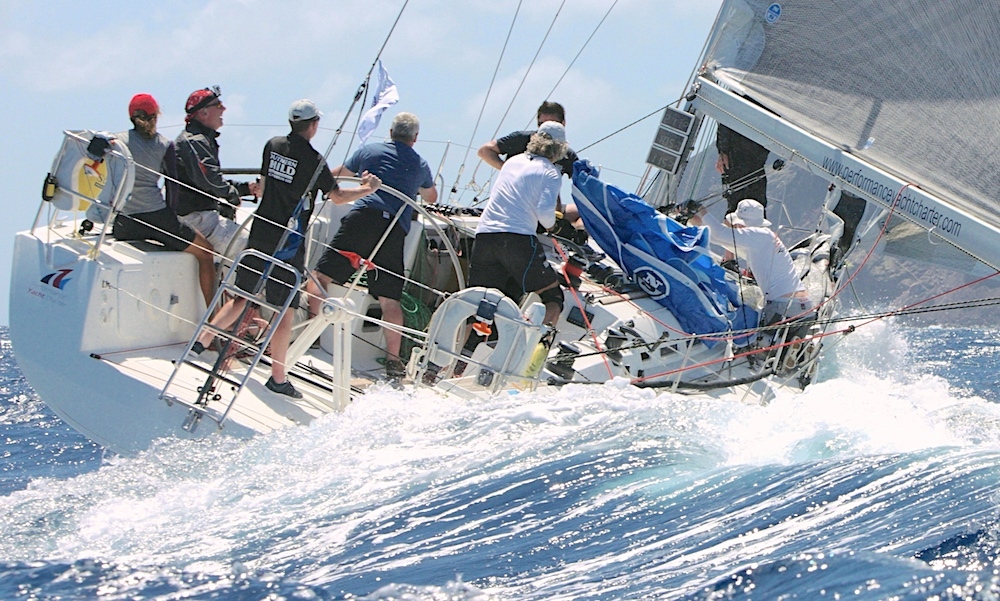 considerations for the racing sailor. Après RORC event conversations frequently sift down to the matter of value of the charter - bigger boats such as the Volvo 70s and Maxis carry a hefty price tag and the even more costly risk of an easily lost damage deposit, potentially topping five figures. Equally, those types of boats tend to come with a professional crew of at least six, so it's very hard for a skilled enthusiast to have any meaningful contribution (and consequently real satisfaction) from their performance in any race. In conversation with the Southern Child team after the 2016 Caribbean 600, a Canadian team that had chartered one of the Volvo 70s, was keen to find out what was the secret to the HYC team's success and obvious enjoyment of the event. 'Whilst the boat must be up to the job, in truth, it's all about the team' were the wise words offered by Colm Bermingham. The Canadians recounted tales of hours on the rail and with little other input to the race. Of course it must be fantastic to witness the power and feel the thrill of a V70 blast-reaching in 25 knots of easterly tradewinds, with a big rolling sea and in 25 degrees air (and sea) temperature, but the look on their faces conveyed an air of disappointment and their raising the question in the first place was even more revealing. Consequently, there is huge value in building a relationship with the charter organisation, because sailing CVs and references are one thing, but keelboat racing charter can only be really successful when there is shared trust in the ability of the crew to manage and look after such an expensive asset. Howth's Rick DeNeve who takes care of much of the team's navigation tasks, asserts that 'While we are always wise enough to listen to and learn from meaningful advice, it's important that the value of this team isn't compromised by excessive influences by a skipper/owner or professional crew. We want to fail or succeed on the basis of our own abilities and decisions.' Rick is one of the core team that includes fellow owners of their Corby 27 'Kodachi', Darren and Michael Wright, as well as regular crew Johnny White. 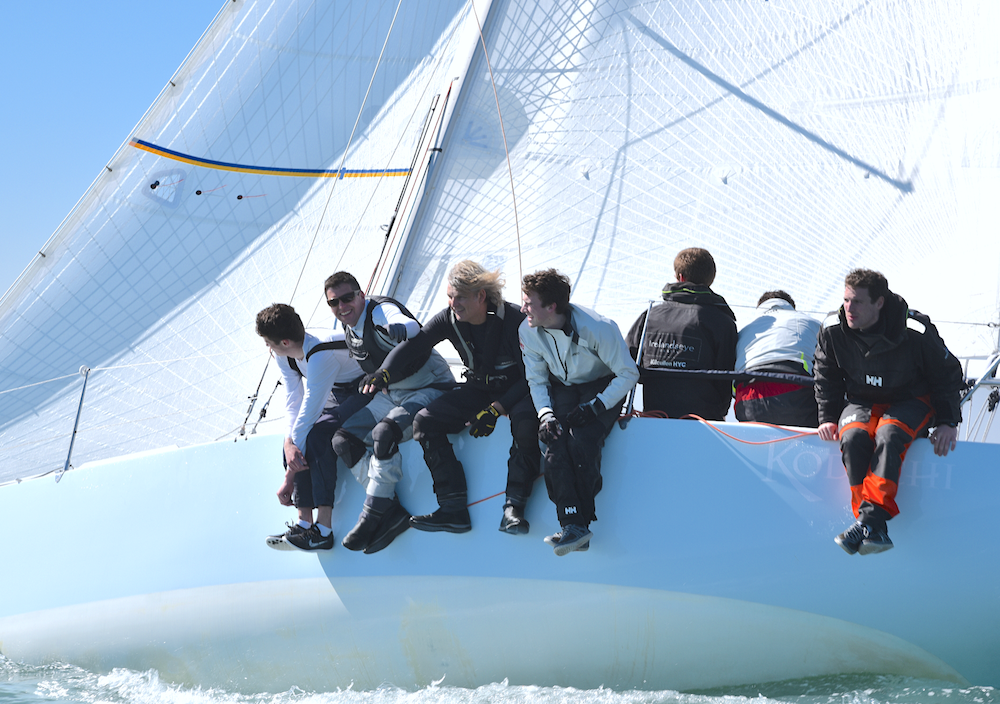 the Mediterranean. In addition to the already mentioned Darren, Kieran, Colm, Michael, Johnny and Rick, the team will again include core member Frank Dillon (owner of Puppeteer 'Flycatcher') along with former HYC Commodore and long-time offshore enthusiast Brian Turvey (owner of Howth 17 'Isobel'). Other Howthies joining the team for the Rolex Cup are 'Viking' joint owner Mark Patterson and regular club sailor Ronan Galligan (who sails with Frank on 'Flycatcher' and more recently on 'Kodachi'). The ambition of this campaign sees the additional involvement of younger talent with ex K25 team member Sam O'Byrne who at 26 years old, already holds a string of National and European sailing titles and is now a regular on Kodachi, and Howth's Shane Diviney, who at 26 also is one of the youngest amongst the elite few of Ireland's full-time professional racing sailors. Despite his full-on commitment to the Extreme Racing Series in the foiling GC32s, Shane has made the time to join with the Howth team in St Tropez for the event.

The Giraglia Rolex Cup is the Mediterranean’s oldest offshore race and has been held annually since 1953 when it was set up as part of a joint effort to help re-establish international relations between France and Italy after the Second World War. It's organised by the Yacht Club Italiano, with the help of the Yacht Club de France and the Société Nautique de Saint-Tropez. The full regatta comprises 3 days of inshore races in St. Tropez Bay, followed by the offshore event (which is a relatively short affair for a classic offshore) - beginning in St.Tropez, passing through the Îles d'Hyères at the island of Giraglia, and then finishing in Genoa, a total distance of 450 km. However the conditions are often very unpredictable, with the constant threat of changing and challenging winds, including the ‘Mistral’ which is all-important for keeping the grapes cool in Provence and the Rhone Valley, but leaves a very different taste for sailors in the northwest Mediterranean. The Giraglia islet, which lends the race its name, has achieved mythic status in the sailing world, similar to the Fastnet Rock, the Organ Pipes and Stromboli. A large ridge-backed rock, the Giraglia is the northern extension of the Cap Corse. It lies barely one nautical mile off the coast of Corsica, measuring 600 metres in length, a mere 50 metres wide and rising just 60 metres above sea level. It presents its own weather challenges, varying from no wind in its shadow, to dangerous ‘funnelling’ winds with tricky sea conditions. 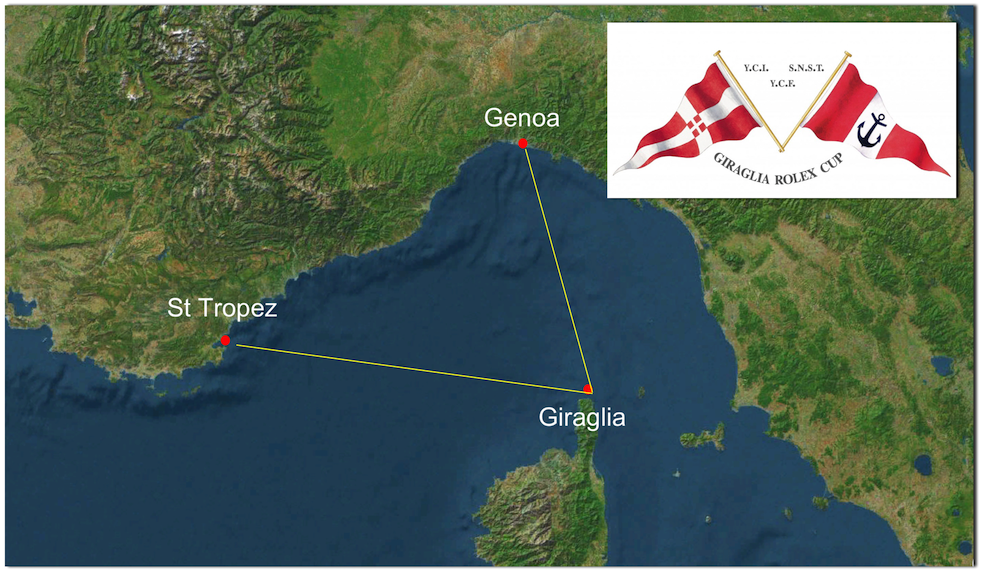 A year of planning has culminated in the Howth charter of the Spanish-owned DK46 'Hydra-Maserati' (top photo) for the event. The boat comes from the design-board of Mark Mills in Wicklow and carries some pedigree, having won the Copa Del Rey in 2016. The 46-footer was designed by Mills as the ultimate IRC-bred all-rounder following an original idea that came from DK yachtbuilders’ Hannes Waimer in Malaysia, who was looking for an IRC design for the Far East and Australia. Performance Yacht Charter is facilitating this charter and Lucy Jones will again be a welcome and integral part of the HYC racing team. She has taken a strategic view to concentrate her business on this type of charter, and now commands a veritable 'tour-de-force' in respect of 40-50 foot racing yacht options and resources in the Mediterranean, South of England and in the Caribbean. PYC have recently been appointed as exclusive partners of the Fast40+ Class in the Solent. (See her recent interview with Mark Jardine in Yachts & Yachting).

This year's Howth team only differs slightly from their 2016 Caribbean 600 crew, missing the 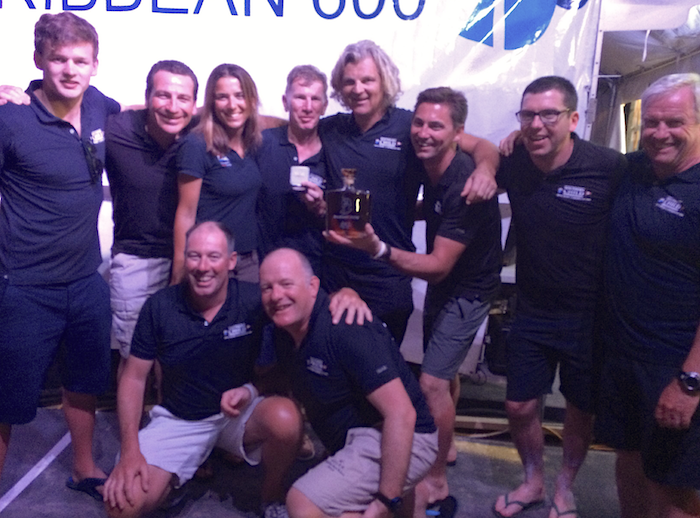 acclaimed talent of Luke Malcolm (who is otherwise engaged in French Polynesia), but the addition of Ronan, Mark, Sam and Shane demonstrates that the guys mean business within what promises to be an exceptionally strong international fleet.  There was no Irish entry in last year’s Rolex Cup, when 18 other nationalities were represented amongst the 268 competing boats and where the 100ft custom built ‘Magic Carpet Cubed’ (with Ian Walker and full professional crew onboard) won line honours and Gilles Pages and his Corinthian crew on the SunFast 3600 Tip won the IRC overall when a chasing southwesterly storm hit the backend of the fleet and catapulted the smaller boats home.

The event starts on Sunday 11th June (the weekend after the Lambay Races) and the details, though still a bit sparse and in Italian (!) are here. 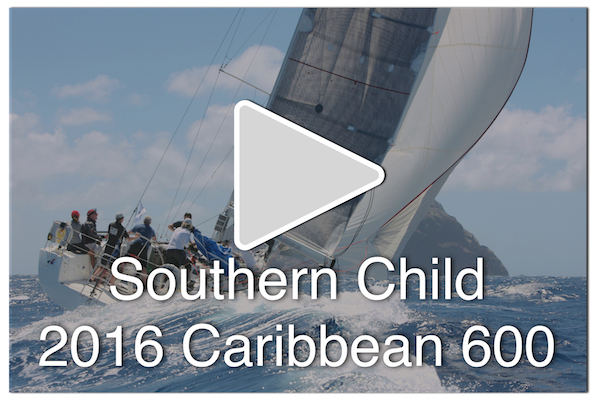