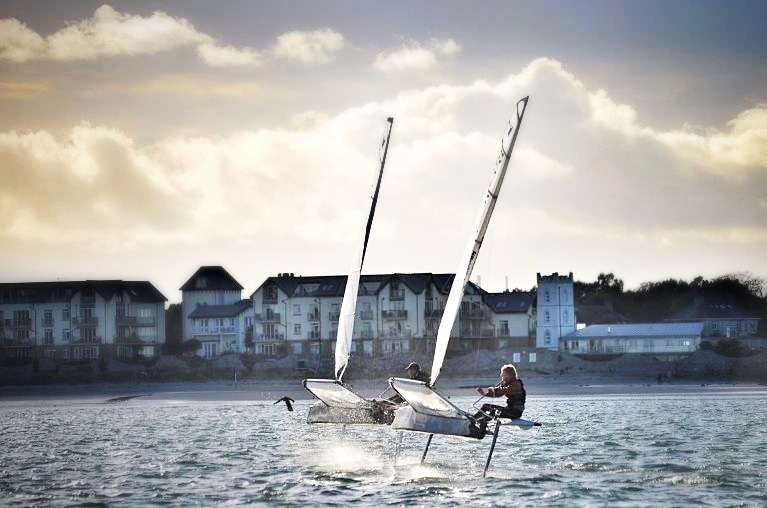 The event was held on Saturday and Sunday in front of the harbour offering vantage points for spectators on the East and West Piers. Six of the seven races were won by Rory Fitzpatrick of the National Yacht Club, giving him the championship title from fellow NYC sailor John Chambers.

For the second year, Howth hosted the International Moth Irish Open, an event that brings a ‘fringe’ element of performance sailing to our waters.

The event was generously supported by WD40, in association with Team PR Reilly, and PredictWind who donated the prizes. 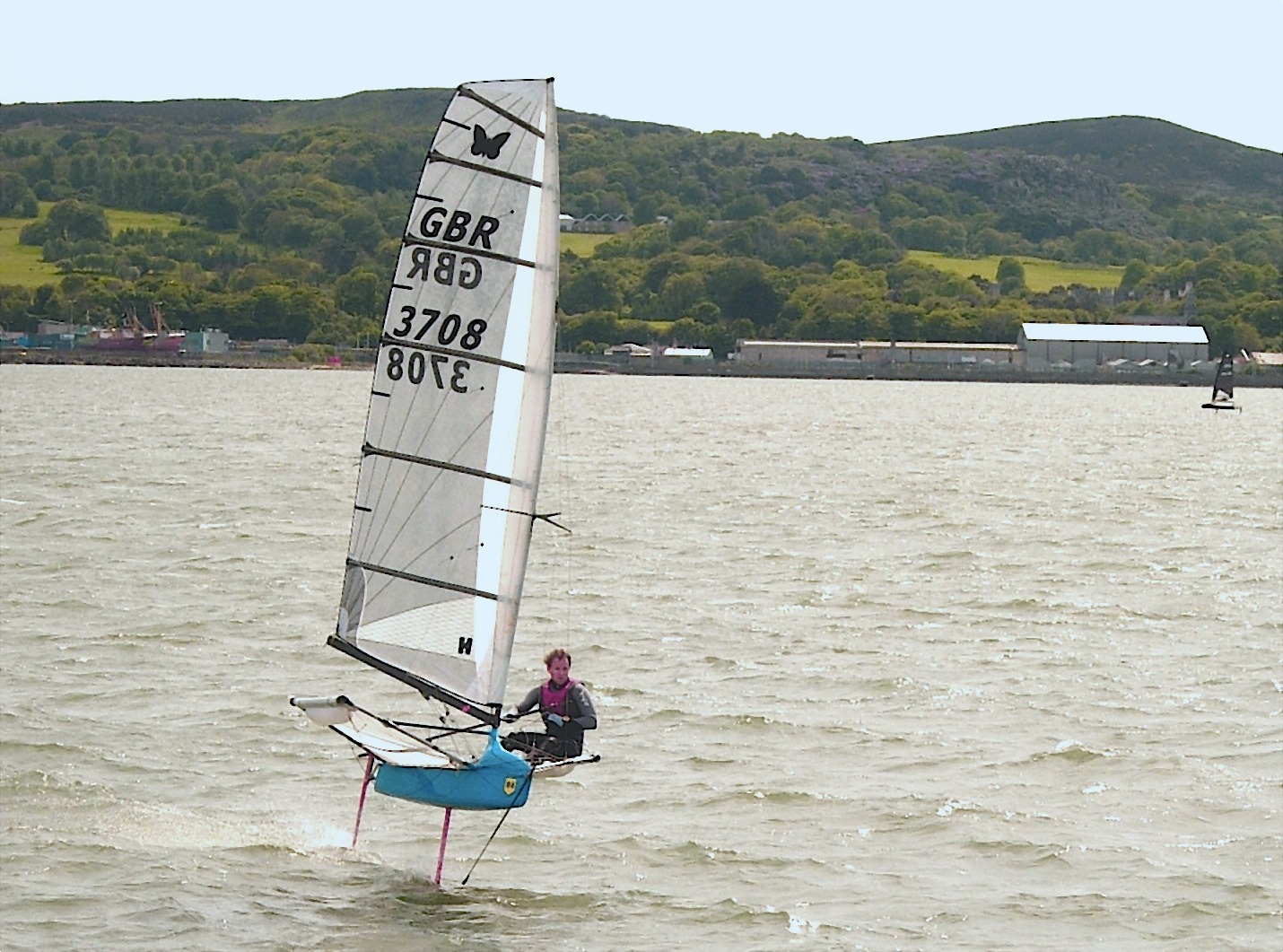 Six competitors climbed onto their craft on Saturday morning to be left with barely enough wind to keep the Moths from sinking. Alistair Kissane, John Chambres, Annalise Murphy, Rory Fitzpatrick, Ronan Wallace and Ben Lynch crept onto the racecourse with 7 kts of breeze, then the underwater foils started to function and the battle commenced, only to be stopped when the wind dropped to nothing. A short wait allowed the sailors to tweak things. Don't ask what the things were or what they did....some tiny bolts and bits of thread is as much as most of us would recognise.

The boat types, being a development class, all have different manufacturers and models, such as Velociraptor, Mach 2, Bloodaxe, Assassin, Ninja. (Names that might not set the scene for leisurely cruising!)

The waiting for wind scenario conspired against Annalise Murphy who headed ashore due to an important social engagement. When the wind returned, Principal Race Officer Neil Murphy got three races got away with Rory Fitzpatrick taking the gun for all.

Sunday's breeze was a 20kt Southerly, underpinned by a flood tide. Reasonably flat but with some cross swell. This was always going to be at the edge of the comfort level for the Moth 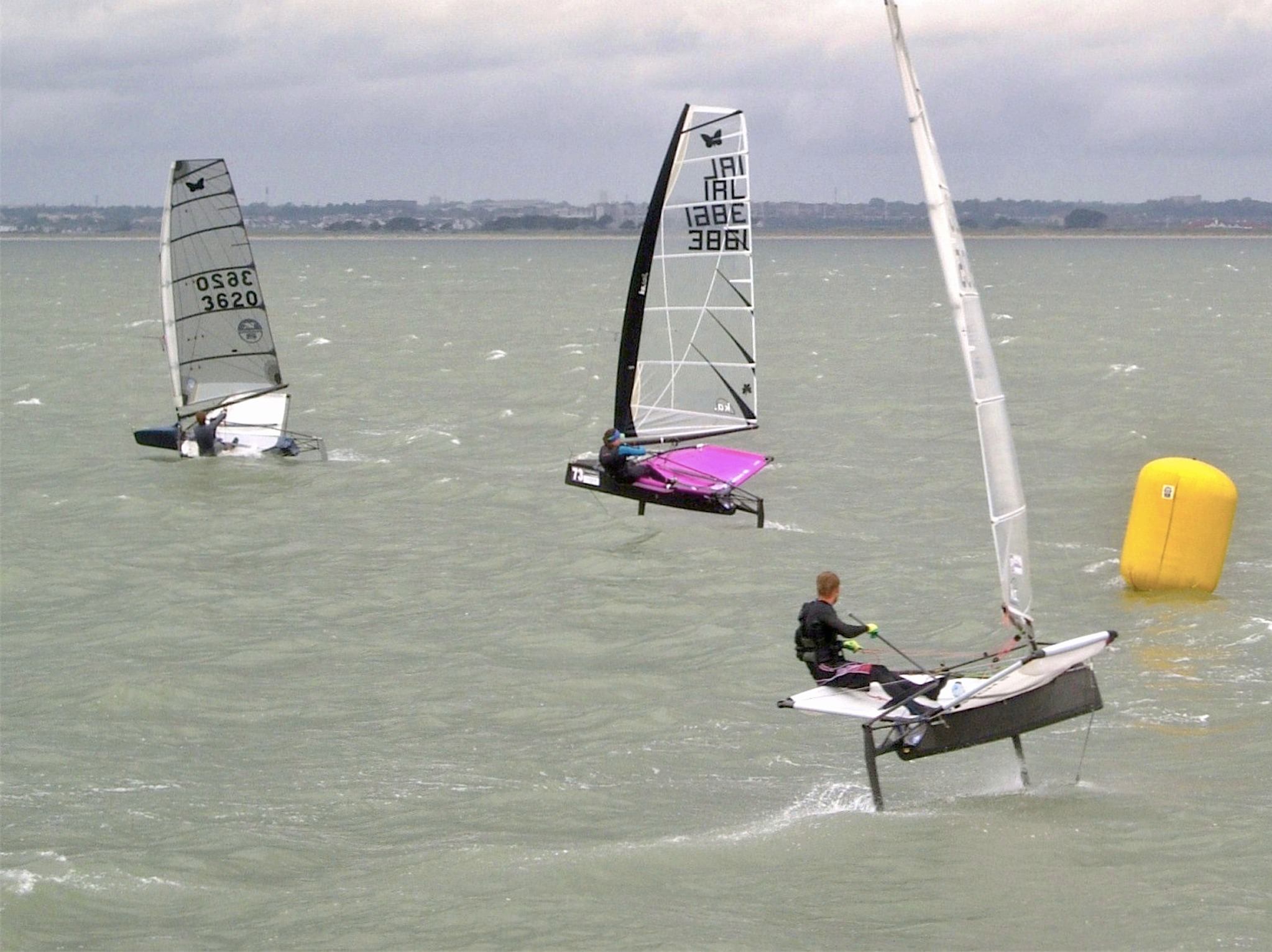 sailors whose craft prefer flat or short choppy seas. Alistair Kissane took the ‘spill of the day’ award, by clipping his trampoline against the finish mark and ended up in a spin to the drink. ‘Top Gun’ was Rory Fitzpatrick again, with John Chambers on his tail. Scorching around the course, keeping out of the dogfights, was Ronan Wallace, all the way from Wexford.

Next up on the Moth calendar is the World Championship in Hayling Island (England), with up to 150 of the "touched" competing. The Irish Team of five will have Howth’s own Alistair Kissane on side. 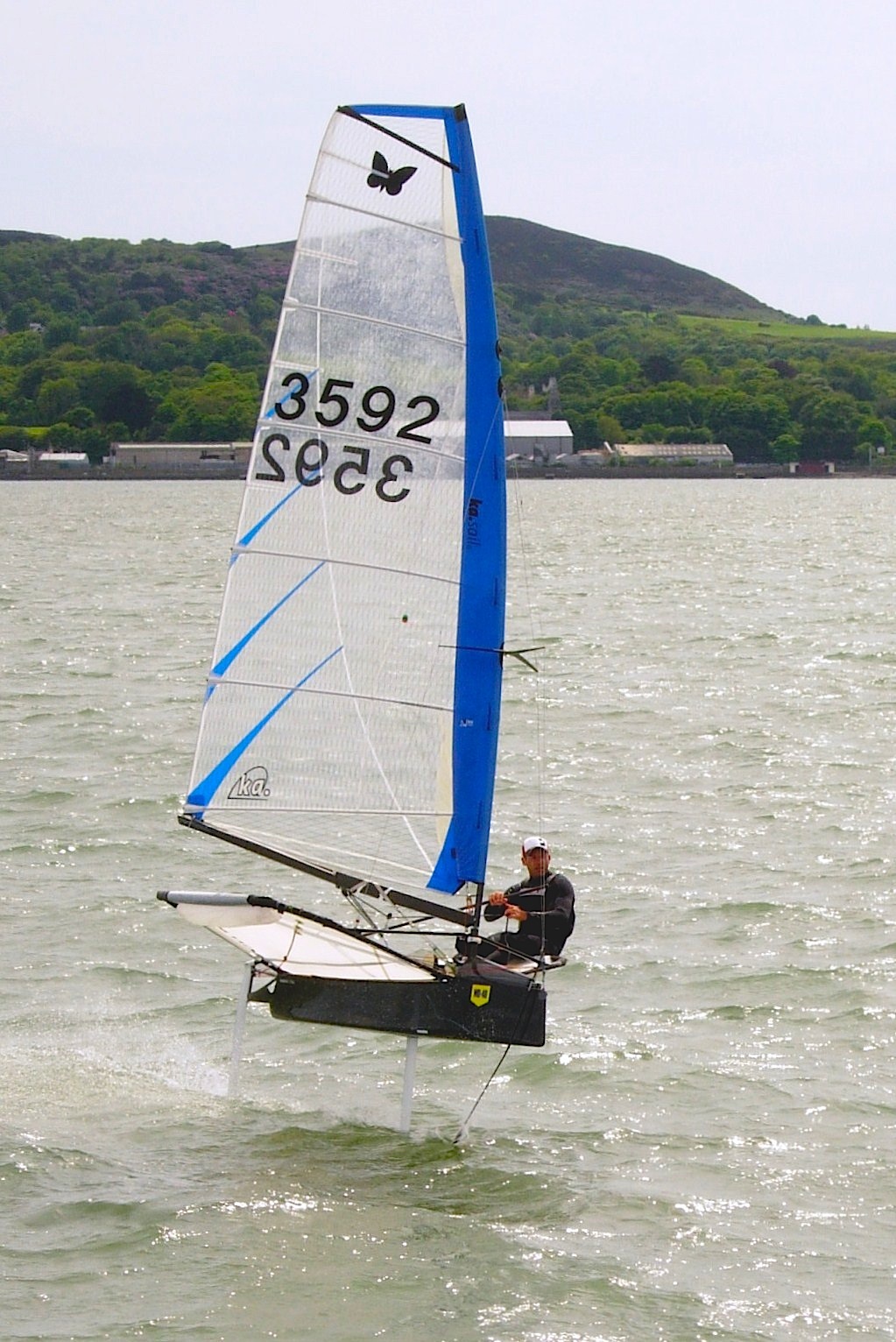 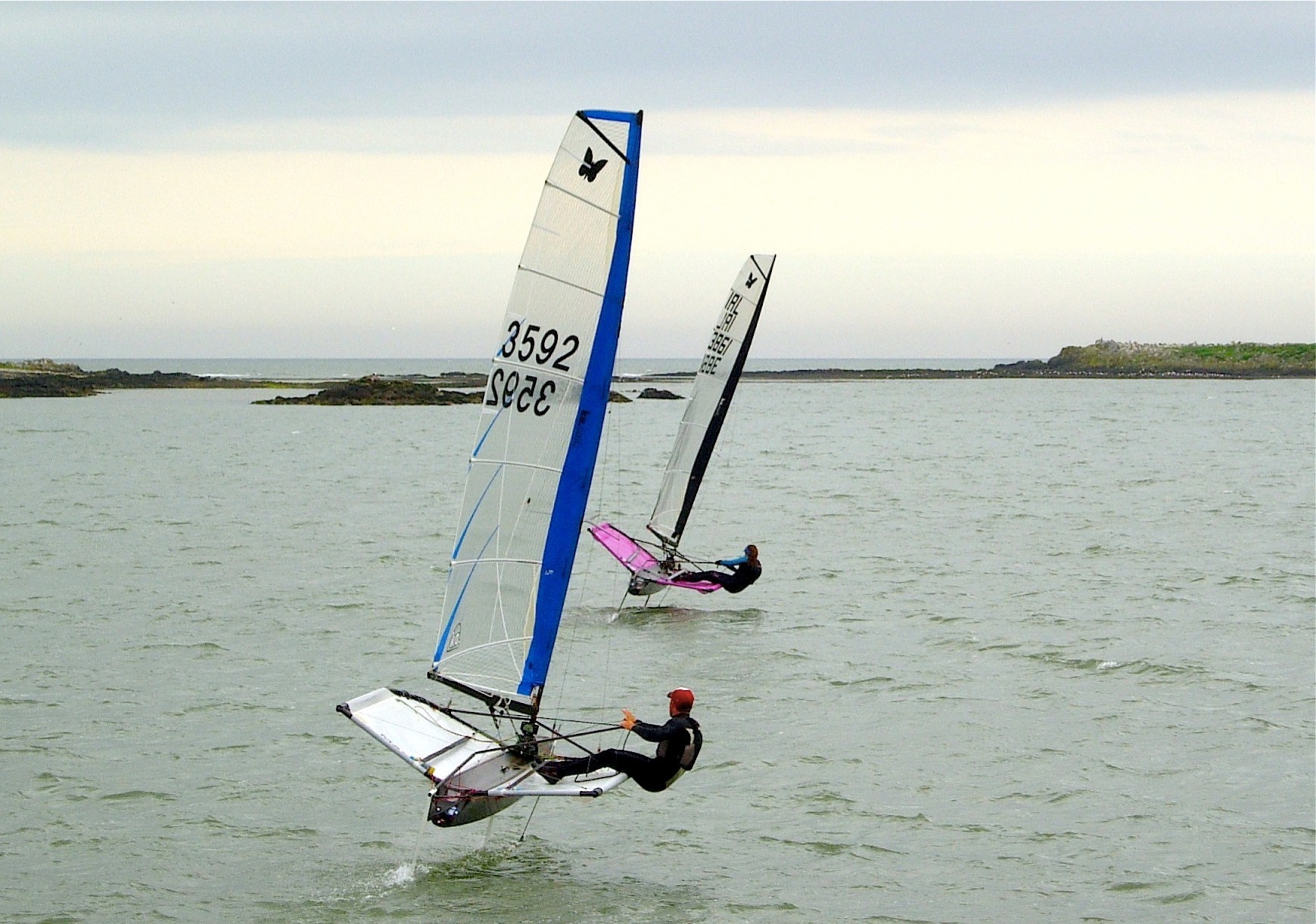