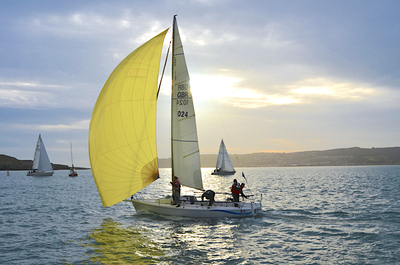 Whilst it's often challenging to maintain participation levels in sailing events and club racing series', the Brass Monkeys winter series appears to need very little enticement to draw lots of entries for an event that is built in equal parts of fun and competition. Indeed, the prize-giving lunch is a legendary and boisterous affair, offering pedestals to the victors and no hiding place for the unfortunate sailor who's only mistake is to err in full view of the other sailors or to recount a tale afterwards in the bar within earshot of the competition.

The 2016 event was again generously sponsored by the Brass Monkey Restaurant, with an array of hampers and vouchers that ensured plenty of happy tables at the traditional 'bacon and cabbage' prize-giving lunch. Saturday's final race was run in unseasonably mild conditions with a gentle 10 knots from the southwest and a sea-state that was as smooth as the HYC race management. The wind angle afforded lengthy windward-leeward courses between the Cush and Hub race marks and good opportunity to shorten when needed.

With nine boats entered in Class 1, 'Mary Ellen' was always going to be the one to beat and managed to do so with one point to spare from Terry McCoy's 'Out & About'. Class 2 also saw a single point margin for winning boat 'Dux' from 'Xebec' and a third place for Paddy Kyne's 'Maximus' made it a One-Two-Three for the highly competitive X302 boats. In Class 3 and despite a falter in the two previous weeks, 'Demelza's' victory ensured more strain for the trophy laden and already creaking mantlepiece in Windsor and Steffi's living room - albeit chased all the way by Gary Maguire's 'Pucaban'. Demelza also took home the Lorna Townsend Trophy while 'Maximus' won the Liam McGonagle Brass Monkey trophy. 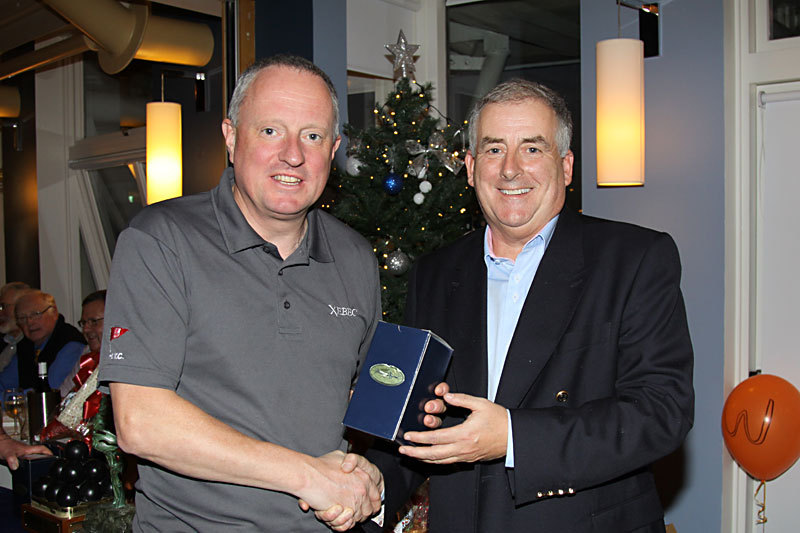 One of the major successes of this year's event was the exciting competition and friendly rivalry of the chartered HYC J80s. Having really enjoyed racing the boats in this year's Autumn League, the newly introduced sailors of the 'Try Racing' team joined other Howth members on two of the boats with Noel Davidson's team winning the Class 2 sponsor's prize from some 'Jayded Volunteers' on another of the club's new racing keelboats. The latter boat having to provide a (live) lobster as part of the wager, which was put out of its misery by chef Jason and superbly cooked and brought to the table after dinner! Other 'fun' prizes were won by the 'Kodachi' team following an entanglement issue with the Cush mark - some novelty spectacles for the four Class 2 boats that sailed the incorrect course last week - prizes for those who stubbornly ignored the spirit of the Brass Monkeys and dared to 'protest' and a final prize for a boat daring to challenge the handicapping committee! Many thanks to Pat Connolly and his team for running one of the most successful keelboat winter racing series in many years. 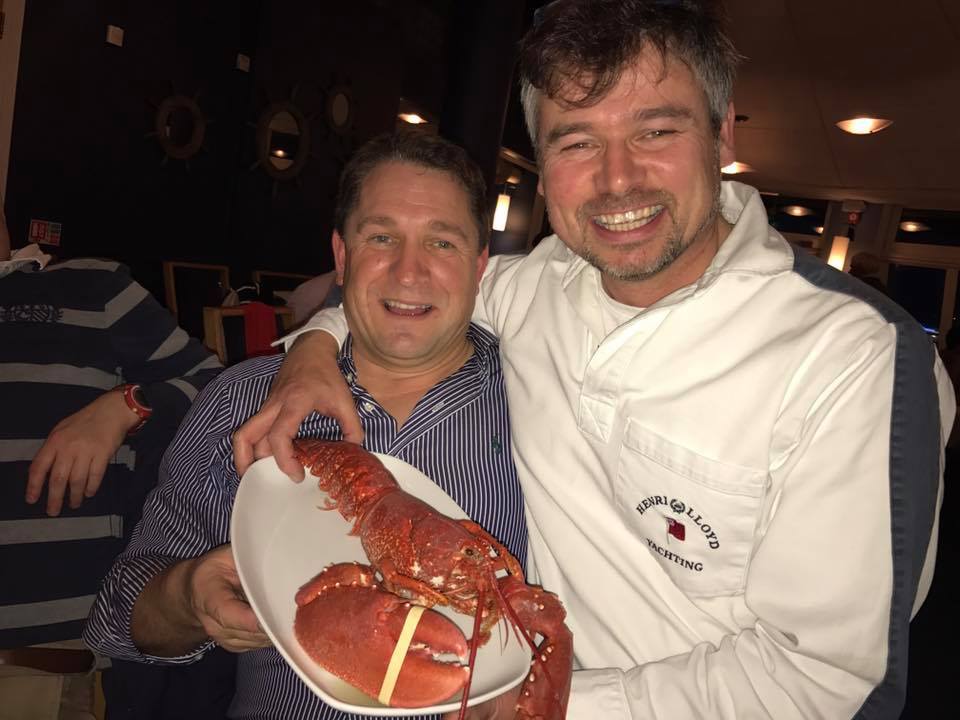