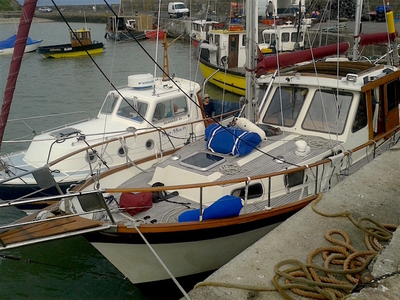 On Tuesday the Howth Cruising Group mustered eight boats with nine skippers and 14 crew members and made the long sea passage to Loughshinney a distance of 12 miles. Six of the armada were able to berth against the harbour wall while two anchored off. While the class captain was unable to join the fleet due to a family commitment he did see them off from Howth and was in Loughshinney to assist with the berthing.

An enjoyable outing was reported although the two boats on anchor had a somewhat rolly experience and the boat (with no sails) found the return to Howth most uncomfortable due to the head wind. 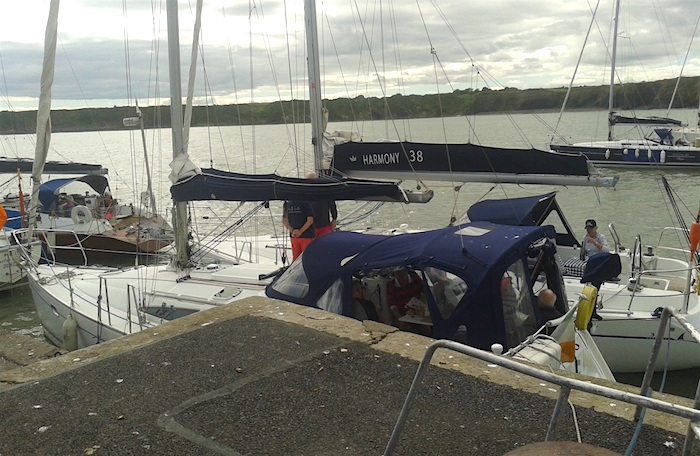 The nine Skippers were led by Gerry O’Neill and included David Hopkins, Neville Maguire, Tom Fitzpatrick, Paddy Cronin, Gerry Sargent, Gerry Sargent, Brian Murphy and not being sure which was the Skipper, I am including both Cyril Geran and Frank Cole.

The next outing for members of the group will be the Cruising Association of Ireland’s annual Liffey gathering over the weekend of the 17th / 18th September.