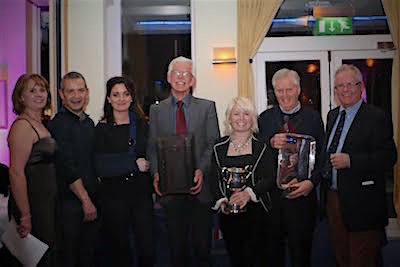 The Puppeteer dinner and prize giving was held on Friday 5th February. It was a great opportunity to catch up with friends and crew from 16 boats attending the event. Many thanks to Jason and the catering team for a sumptuous feast and also to Frank and the bar staff.

Commodore Berchmans Gannon spoke about enhancements planned for the harbour, club and sailing. Susan Sheridan, Class Captain thanked Sutton Cross Pharmacy for sponsorship of the Nationals and acknowledged many other HYC members who contributed to a successful and enjoyable season. Prizes were awarded across the fleet, although 2 boats needed a wheelbarrow to take their haul of trophies and glassware home. Gerry Kennedy on Shiggy won 4 trophies and David Clarke and Liam Egan on Harlequin also won 4 trophies.

The evening was rounded off with a diverse selection of music from Ron Maher, which went into the wee hours. Looking forward to another competitive and fun season ahead. 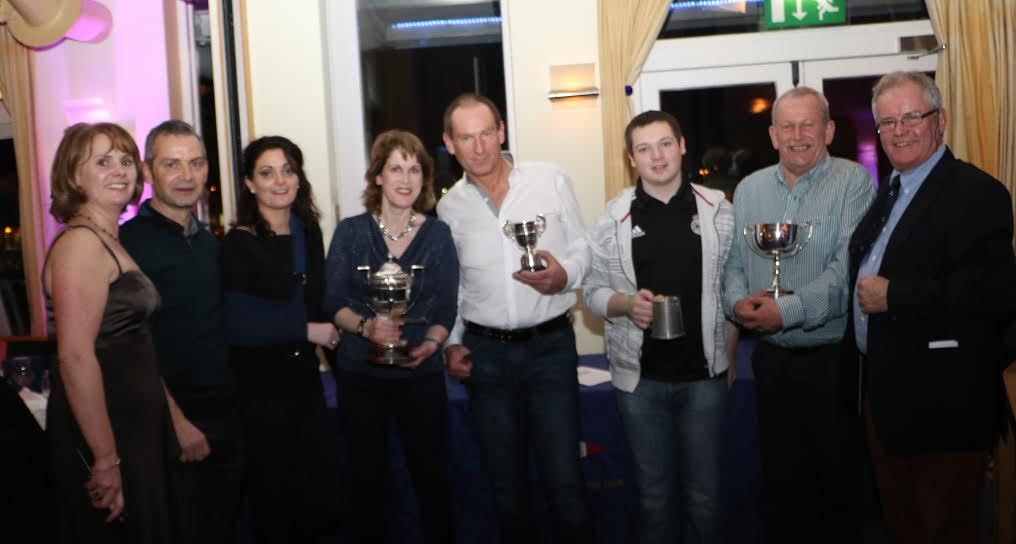