Ewan reports from the Brazilian Laser Nationals in Rio 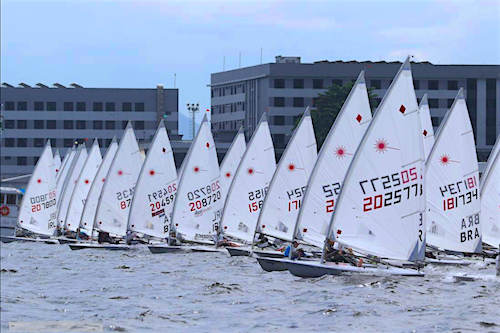 A comprehensive report from HYC's Ewan McMahon following his participation and success at the Brazilian Laser Nationals. Ewan is one of Howth's 'rising stars' and is as capable with a keyboard as much as with his Laser tiller....

'Annalise Murphy invited me to train with her, under coach Rory Fitzpatrick, for two weeks in Brazil, in preparation for the 2016 Olympics. We travelled to Rio de Janerio via London Heathrow Airport. A short 16 hours later, after wheeling suitcases, watching in-flight movies, takeoffs and landings, we eventually made it to Brazil.

We hired a small car for our stay and, by midnight, we were passed out on our beds in the apartment. The next morning I woke up at 9am and opened my eyes to a spectacular view of Guanabara Bay and all the iconic landmarks of Rio such as the Sugarloaf Mountain and the statue of Christ the Redeemer. We spent most of what was left of the morning unpacking and gathering supplies such as water etc, from the supermarket.

At midday we made our way down to the club, Rio Yacht Club. The Irish, the Kiwis and the Danish were using the club as their training base for the Games. At 2 o’clock we were rigged and on the water for the first time. We had a short session, only an hour or so, to wake up, get the blood pumping and make sure the boats were sailing smoothly and rigged correctly. I soon became accustomed to the mosquitoes and the sun. After sailing that day Annalise and myself strolled down to the beach for some coconuts to drink and to relax.

As we also have to do on- land training, we joined a local gym, of which there were many as there is a large beach culture in Rio. Everyone walks around in tank tops and speedos! Our schedule remained fairly routine over the next several days; waking early to go to the gym whilst Rory would go surfing. We would meet up, have a delicious Brazilian lunch in the club and spend several hours on the water, refining different techniques and ideas that we had been working on back home before Christmas. The Swiss, the Brazilian team and other locals also joined us in the afternoons for some race practice.

Many of the locals and staff I met at the club along my trip were very friendly and always interested to talk, wanting to practice their English and they taught me some Portuguese in return. However, none of the Brazilians could pronounce the name Ewan, so I had to adopt a temporary Brazilian name “Waan"!. Annalise and Rory found it so funny that even they began using it!

The Brazilian Laser Nationals took place from the 10th to the 15th of January, but it was on the other side of the city at Yacht Club Rio (not to be confused with Rio Yacht Club!). So, after sailing on the 9th, Rory brought our trailers and covers over and we sailed to the new club. I got to meet Robert Scheidt, Nick Thompson, Marit Bouwmeester, Lijia Xu and many more famous Olympic laser sailors there. The ISA’s nutritionist Ronán joined us as well that day, so he could keep track of our hydration and food consumption levels. 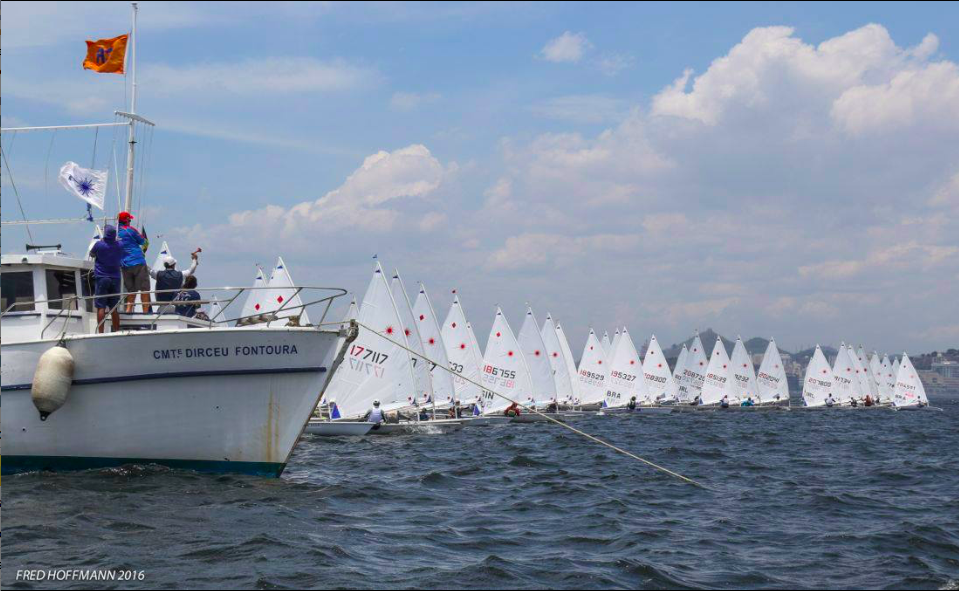 that time. The venue reminded me of sailing in Cork Harbour as the tides came from all directions and were a major factor when racing. I was humbled and thrilled to be competing against some of the World's best Laser Radial sailors. It is also a rare opportunity to race with the best female sailors, as usually the fleets are split by gender at International events. The event also served as a great platform to practice before the Men’s Europeans in Gran Canaria, next month.

Even though Annalise and I were competing “against” each other, we were able to combine thoughts and analysis from each race, therefore both gaining a better understanding of that particular course which will be useful ahead of the Olympics.  Actually one of the days the wind was blowing lightly from the north, which was odd, but Annalise pointed out that the planes would be landing just in front of our windward mark. Therefore whoever got into the airplane gust first would gain about 100 meters on the rest of the fleet. This certainly came in useful that day. I finished the event on a high placing 8th overall, 3rd male and first under 19.  We had a fun and eventful prize-giving with free pizza and beverages, much to Ronán’s (Nutritionist) despair!

We took the next day off to rest and to do some touristy activities. However, we brought the Irish weather with us as it began to change from champagne conditions to foggy, drizzly and humid weather. Unfortunately, it meant we were kind of trapped indoors and didn’t get to do what we had planned for the day. We did manage to go the cinema to watch a new movie. Rory was shivering during the film because of air conditioning made the theatre feel like you were in a fridge!

The next day the weather was still dull, but we began our sailing out at Copacabana. The tow out to the new waters was very long and, when we did arrive, the swell was large but the wind was considerably lighter. We spent our time training with the Dutch, British, French and Brazilians. The training was great and very productive, however everyone was finding it difficult to expel the feeling of seasickness in the large rolling waves. Again, we had short friendly races in the afternoon.

My last day in Rio was very like the average Irish summer, warm yet very foggy. Sailing was slow and, to be honest, none of us really knew the true wind direction. Sensibly, we stayed close to the club and practiced maneuvers and acceleration. Even though it was the lightest day, it took more out of me than any of the other days. Soon enough we were back onshore packed and saying our farewells. My flight was at midnight back to London but Annalise and Rory were headed to Miami for the first sailing World Cup of 2016. Best of luck to all the Irish there!

My trip was one that I will always remember. The experience was priceless and I’m forever grateful to Annalise for the invite. I’m sure it will serve my sailing well and I look forward to what is to come in the future.' 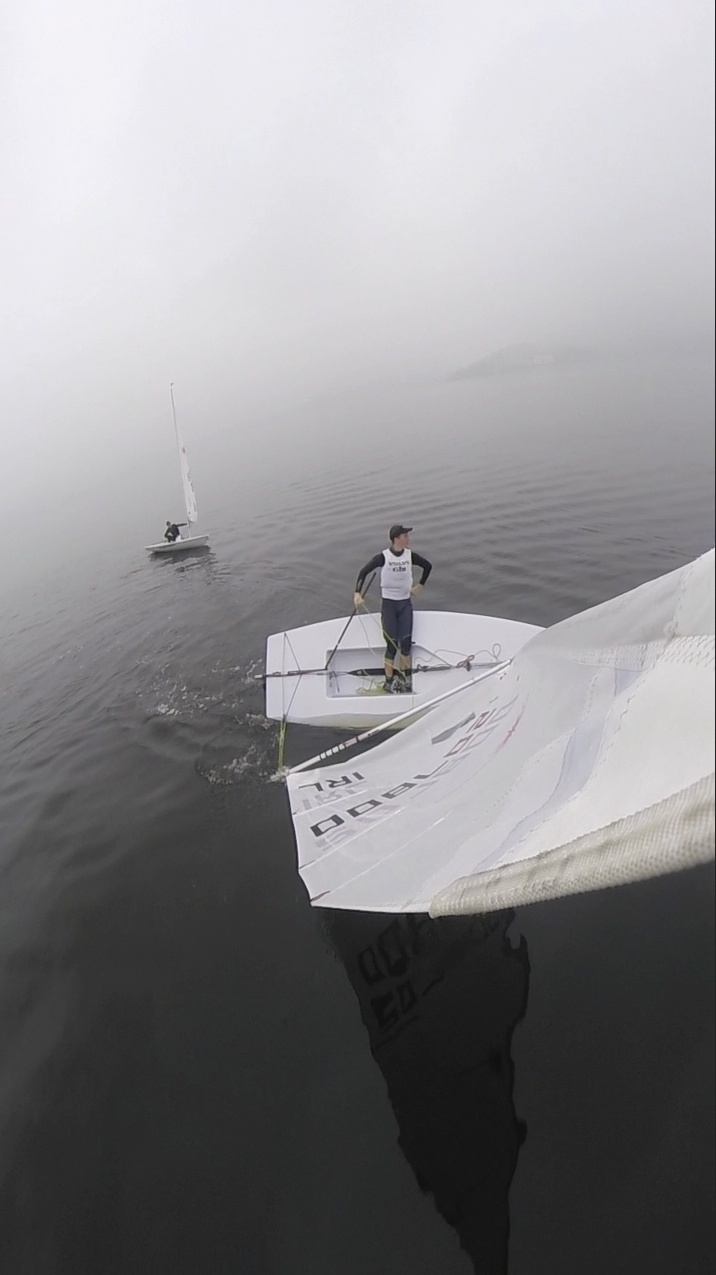 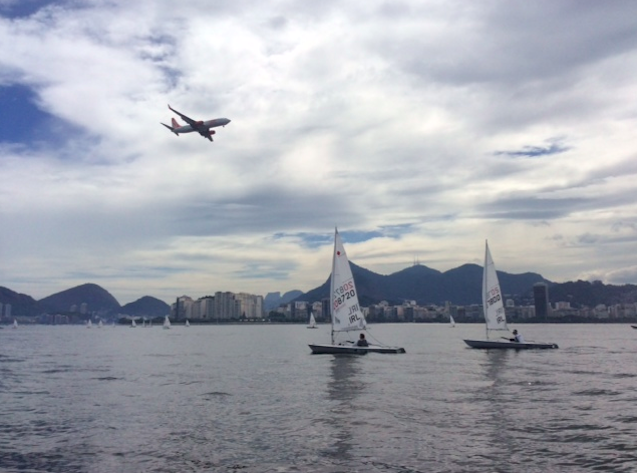 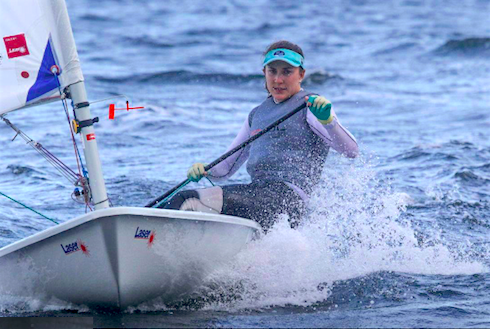 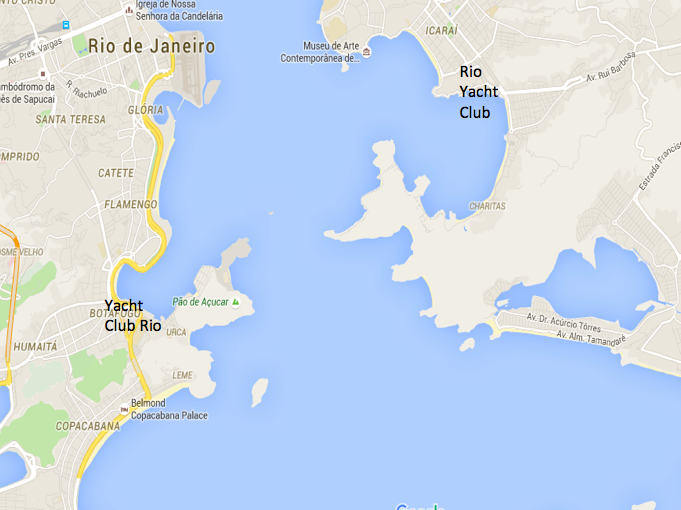 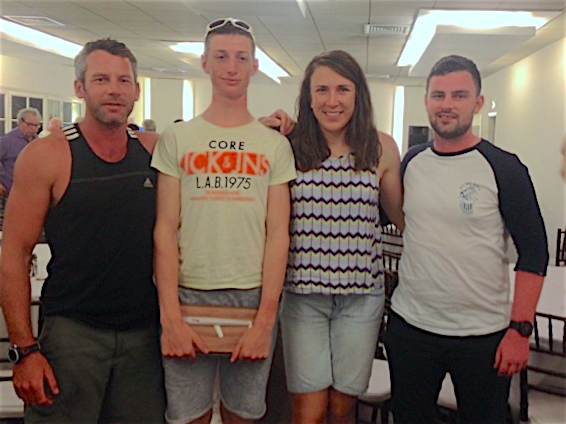 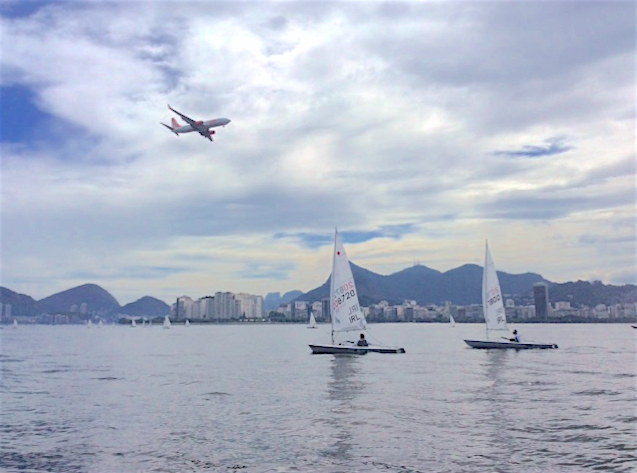 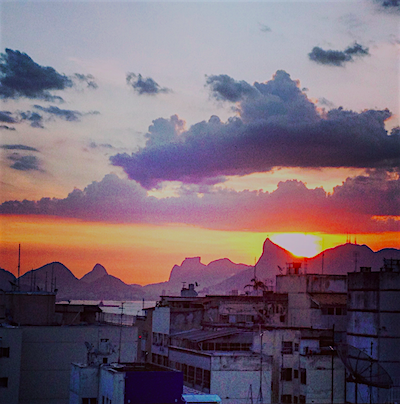