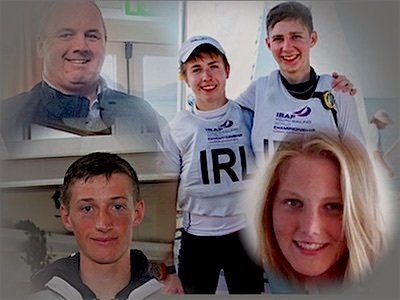 This year's nomination list for the ISA Awards includes 5 Howth sailors with an unprecedented representation in the 'Youth Sailor of the Year' category. Of the six nominations in that category, no less than four HYC sailors have earned the distinction.

Dave Cullen is nominated in the 'Afloat Sailor of the Year' category, along with a host of monthly winners from Afloat Magazine during 2015. Dave earned his place following his superb win with the Howth team in Checkmate XV at the Half Ton Classic Cup in Belgium in August. There is an online poll which is designed to indicate preferences and help the adjudicating committee decide on a winner. You can vote here

HYC's Ross McDonald said of the nominations: 'Clearly it's not just ourselves that see how great our sailors performed last year. It's fantastic that the ISA are also recognising these achievements and hopefully we might see some of our sailors with a new title to add to their collection.'