Winners at the 2014 Achievers Awards Brunch 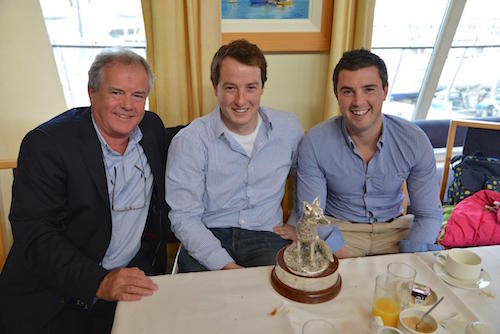 A multitude of nominees for the various different award categories enjoyed brunch before the 2014 Achievers Awards were presented to the winners on Saturday morning in HYC's dining Room and lounge. The winners from the short-list of nominees in the 6 categories were as follows: 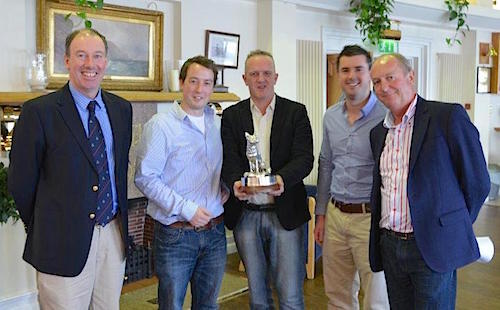 The Silver Fox Trophy (Excellence in racing, cruising or organising): HYC's 2014 Commodore's Cup Team of Dylan Gannon, Ross McDonald, Dan O'Grady and Norbert Reilly - presented by the Kelly family. The club is very proud of their role in this historic victory. 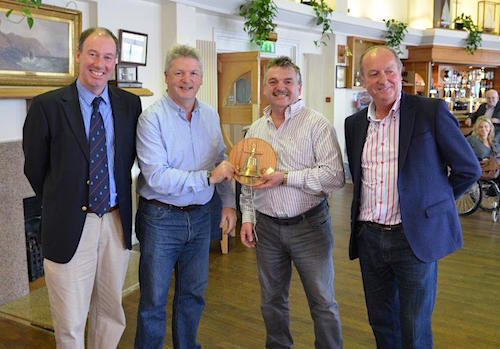 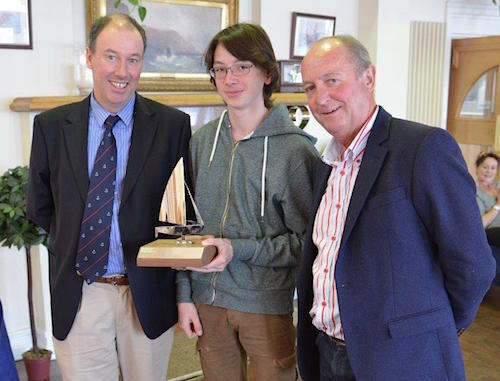 The GM Award (Junior sailor who best represents and enhances the spirit of junior sailing in the club): Oliver Juchnevicius

A great participant in sailing events, Oliver sails a Topper and won the June Summer and Claremont series as well as crewing and racing on a quarter tonner and Howth 17. Importantly, he is helping his Mum (Rima) to restore the Howth 17 ‘Eileen, which they plan to campaign next summer.

Soufriere won the modern classic class at Panerai British Classic Week – a remarkable win for a remarkable and beautiful looking boat. This former ‘Bond movie’ boat also secured a multitude of line-honours during the year including at the finish of the Aqua Double-handed Challenge. 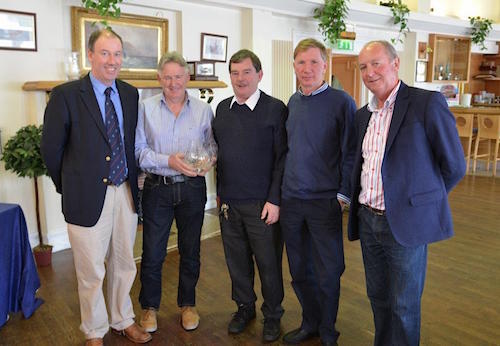 This award was presented to 3 separate sets of nominees, all of whom volunteer tirelessly in respect of managing the club's vessels including RIBs, sailboats and race committee boats. Kieran managed the sailboats including dinghies and J80s, John looked after the Free Enterprise and Sea Wych and Riain and Myles took care of the RIB fleet as well as training up the RIB crews throughout the year.

Graeme's dedication and application to the club's needs in respect of sail training and instructor training is well known to most of our members. His win in this category is truly deserved and reflects his also winning the ISA Instructor of the Year in 2014.

The awards were hosted by Kevin Burke and prizes were presented by Commodore Brian Turvey and the event was also attended by most of the club's officers including Vice Commodore Berchmans Gannon, Rear Commodore Richard Kissane, Honorary Secretary Bernie Condy and Honorary Sailing Secretary Emmet Dalton. Caterer Jason Dunphy and his team presented a superb breakfast to the gathered crowd. See all the photos here